Censoring India for the West 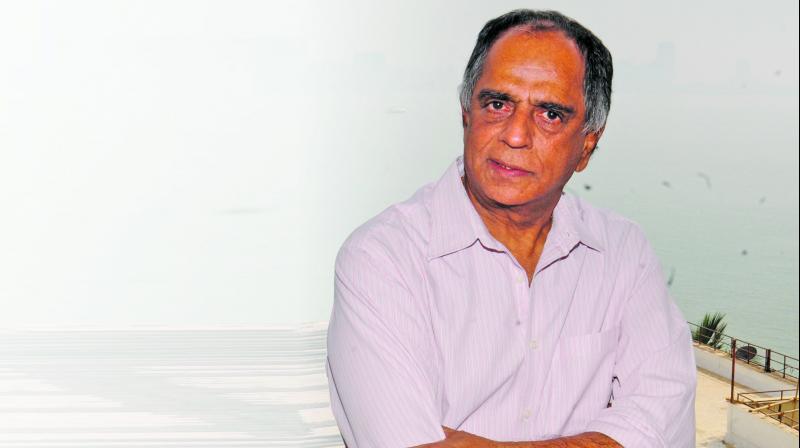 The controversial Central Board of Film Certification (CBFC) chief Pahlaj Nihalani has done it again. After rustling the industry with his tightening grip on movies in India, the chairperson now wants filmmakers to take a ‘proper’ certificate before taking their movies to film festivals abroad.

Asserting that Indian filmmakers were ‘sneaking off’ with their movies to film festivals, Nihalani said that he wanted to put an end to this, promising ‘strict action’ against those who didn’t carry along a censor certificate or a special permission from the I&B ministry for the same.

Sanjay Puran Singh Chuahan, who made the award-winning Lahore in 2010, explains that film certification should be required only when the movie is released in India. “It’s a tradition that when a director is sending their film abroad, they aren’t required to send it to the censor (certification) board,” he says. “Sometimes, directors make films for certain audiences and it might not suit the Indian audiences. This certification is only required when the films are released in India. If you are catering to the foreign audience, then to get it approve from the Indian board is rather foolish.”

Peepli Live’s director, Anusha Rizvi too balks at this new diktat of Nihalani. “It doesn’t make any sense because the Indian certification system isn’t followed by the rest of the world,” she says. “What Mr Nihalani probably means is that all films travelling to foreign film festivals should go through the ‘censor’ process more than the certification one. Thankfully — the CBFC has no such mandate. It’s high time the CBFC’s role is debated in its entirety, so that we don’t have random statements being issued by individual chairpersons.”

Sanjay, who’s currently working with Sushant Singh Rajput on the sci-fi movie Chandamama Door Ke believes that eventually, in the Internet era, movies in their real form will make its way out anyway. “Films will be continuously made for film festivals, as they want to show topics that other audiences can relate to. The procedure of getting films approved has been there for a long time. People are exploring bold topics, by making films on these topics and bringing them to light. These films that Nihalani is asking to get approved by censor boards are all available online, and in the times we live in, the uncensored versions of the movie will be available quite readily on the Internet.”

The onus, says Anusha, is now on the I&B ministry to clarify what filmmakers should now do. “They should tell directors what the next step should be. Within India we are already constrained in many ways — from carrying health alerts in films to carrying disclaimers for hurt religious or community sentiments.  He now wants to further this censorship by not allowing films to be seen, as they are meant to be seen, even in International spaces that carry no such restrictions. This will further diminish whatever little space India has in the international arena and will be a big blow to the indie film market,” she signs off.

Anand Gandhi, who made the acclaimed Ship of Theseus, has also found himself at loggerheads with Nihalani. The filmmaker has alleged that the board chief wants Anand and other makers of An Insignificant Man to get an NOC from Prime Minister Narendra Modi. The documentary deals with Aam Aadmi Party head Arvind Kejriwal, and features certain scenes from a Modi rally.

An enraged Anand says, “They are asking us to get permission from the Prime Minister; its like asking journalist to get permission from politicians before reporting on them. Politicians are people’s representatives hence, all their public interactions is open to reportage and scrutiny. Its discouraging for public discourse, its discouraging for democracy and our culture.”

The movie, which has been produced by Anand, has been made by Khushboo Ranka and Vinay Shukla, and has already featured in the Toronto Film Festival. “An Insignificant Man has achieved something unprecedented,” continues Anand. “It has won awards around the world, winning international acclaim and is screened at over 40 film festivals. When it comes to India, we are told to ask the Prime Minister for permission, which is absurd. Then, who is the board really trying to protect here?”