I will 100 per cent make a film on rugby, says Rahul Bose

Actor Rahul Bose talks about his new film, acting roles drying up and trend of biopics in Bollywood. 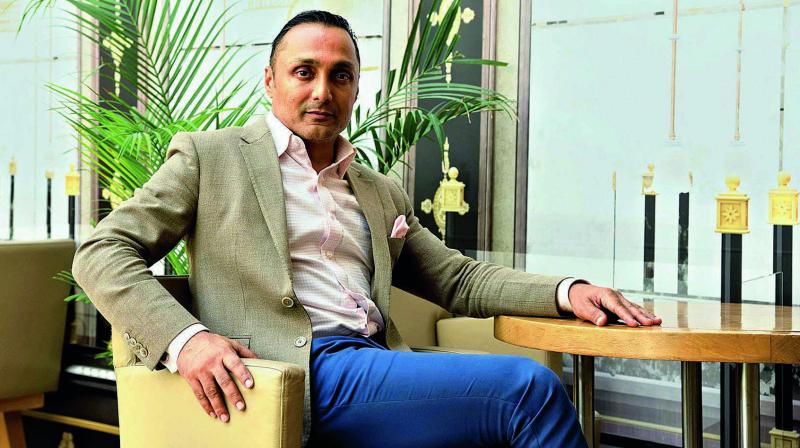 Actor Rahul Bose hasn’t much been in the public eye of late but his directorial venture has brought him back in the limelight. “Public memory is quite short, and now there are many things to crowd out their memory. Unless you are there all the time, it is very difficult not to fade. However, I am not that kind of person as I don’t have any such insecurities. I am happy to fade away and then come back and fade again,” he says.

Asked why we don’t get to see him in movies quite often, he says, “The kind of roles that I wanted to play was not forthcoming and also a substantial amount of work was going to other young actors. Sometimes, you have enough work and sometimes you don’t and that’s how it works in this industry.”

He continues, “I am playing a complex love obsessed husband in my next movie. There isn’t any notion in my head that I only want to do this or do that... everything largely depends on the appetite. If you had Chinese food for five days, the sixth day you want something different. Similarly, if you did three comedies, you want to do a serious character or if you did three arthouse films, then you want to do a comedy. But I don’t have any wish list when it comes to characters.”

Rahul is also open to the idea of being a part of a web series. “Given that they are of a certain quality, both writing and production wise, I am game for it. There is no point of being a part of something tacky. I don’t see myself doing theatre (which I used to do) but I certainly see myself entering the digital space,” he says.

The Dil Dhadakne Do actor used the dip in work to his advantage and got back to direction.  Recently-released Poorna comes almost a decade and a half after his directorial debut Everybody Says I’m Fine! Asked if biopics of well-known figures like MS Dhoni, Milkha Singh and MC Mary Kom draw the crowd unlike those of Budhia Singh or Poorna Malavath, Rahul says that films on Budhia and Poorna can’t be put in the same category. “A well-known face obviously draws the crowd but Poorna is in its fourth week now and is doing exceedingly well. For a film of this meager budget, the box-office figures are very healthy. While Poorna Malavath’s feat is a world record, her journey is almost improbable. That’s what drew me towards her story. Also, it was enormously wonderful to come back to direction. In the last 16 years, I have changed as a person and so, when I put on the director’s hat, it reflected the new me,” he says.

At this point, Rahul also credits platforms like PVR’s Vkaao for giving a major push to smaller films. “When a film which has a long tail (a marketing term), which doesn’t justify three shows for seven days but has an audience that wishes to see the film, they can demand a movie on Vkaoo platform. So, an exhibitor can lengthen the life of a film, which otherwise will leave the theatre after a short while. Such platforms are a complete win-win situation for everyone,” he explains.

The former rugby player has made a film on a mountaineer this time but will he ever make a movie to show the story of India’s rugby players? “I have not thought much about the film  right now but 100 per cent I will make a film on rugby, at least once in my life,” he signs off.