Actor Vinod Khanna passes away in Mumbai at 70

The ailing actor had been hospitalised for a brief period, and generally had not been keeping well for a long time. 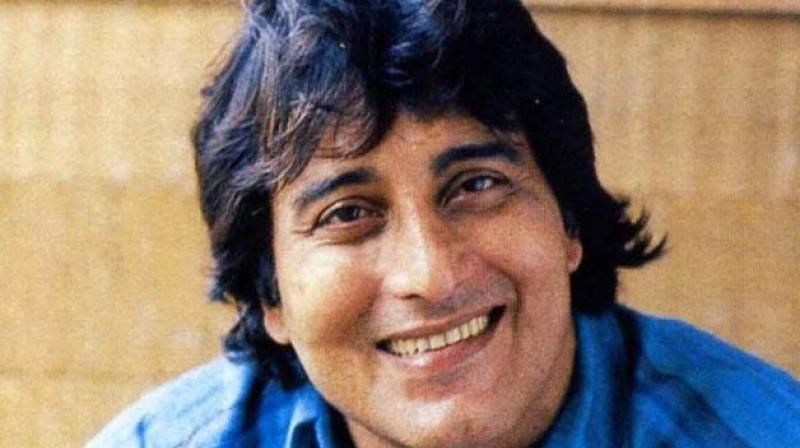 The actor was all set to be seen in a film with actress Hema Malini.

Mumbai: Vetaran Bollywood actor Vinod Khanna passed away at the age of 70. The actor passed away in Mumbai. The actor had been admitted at Sir H.N. Reliance Foundation Hospital and Research Centre in Charni Road, briefly.

The ailing actor had been hospitalised for a brief period, and generally had not been keeping well for a long time.

The spokesperson of the hospital, later sent out the official statement, which said, "Veteran actor and Member of Parliament Mr. Vinod Khanna, who was admitted to the Sir HN Reliance Foundation Hospital breathed his last at 11.20 am due to advanced bladder carcinoma."

Rumours of him being diagnosed with bladder cancer had been floating around after an image of a debilitated Khanna went viral.

However, it had later been clarified that it had been a severe case of dehydration.

The actor was all set to be seen in a film with actress Hema Malini. Incidentally, Vinod's famed 'Qurbaani' co-star Feroz Khan, had passed away on the same day eight years ago, on April 27, 2009.

Khanna had been a sitting BJP MP from Punjab’s Gurdaspur district. Born on October 6, 1946, he was seen in 141 films, as one of the most prominent and celebrated stars of Bollywood.

In 1982, at the peak of his career, the actor briefly quit the industry to follow spiritual Guru Osho Rajneesh.

Khanna joined politics in the year 1997, also becoming the Union Minister of External Affairs during the Atal Bihari Vajpayee government. His sons Akshay Khanna and Rahul Khanna have also had prominent Bollywood careers, while his youngest son, Sakshi Khanna is on the brink of his Bollywood debut.