The actress has now moved on to her next multi-starrer project with filmmaker Anurag Basu. 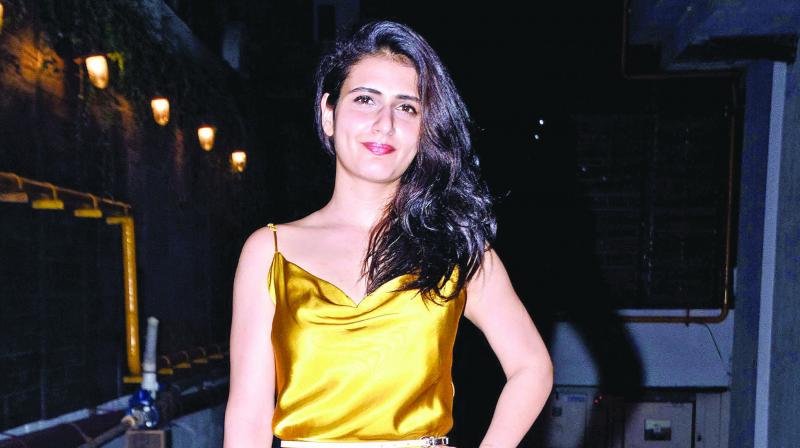 But, this young actress likes to take criticism on the chin. “I love taking criticism because that means people are interested in you. It’s better to get something than nothing,” says Fatima and adds, “If they ignore you then you have not made a mark. I like the criticism that you keep seeing. Of course, you should not take everything seriously, you should take what makes sense but I don’t mind it.”

The actress has now moved on to her next multi-starrer project with filmmaker Anurag Basu. Here, Fatima will be seen opposite Rajkummar Rao.

Talking about Rao, Fatima says, “Despite attaining such stardom, Rajkummar has not changed one bit. It’s a very special film. Also, when you have a genius filmmaker like Anurag Basu, what more can you ask for?”

Meanwhile, Fatima’s Dangal co-star Sanya Malhotra is also doing well for herself in the industry. Reacting to which, an enthused Fatima says she is really happy for Sanya. “Sanya is extremely talented and I am happy that she is doing so well and getting to showcase her talent. I do not feel that sense of competition with her. I only feel happy for her and  I think even she feels the same for me.”

She further adds, “Do I want to do different kinds of films? Yes! But, that doesn’t mean I wish ill for anyone else. I am happy for all of them. Maybe I was an insecure person after Dangal but not anymore.”