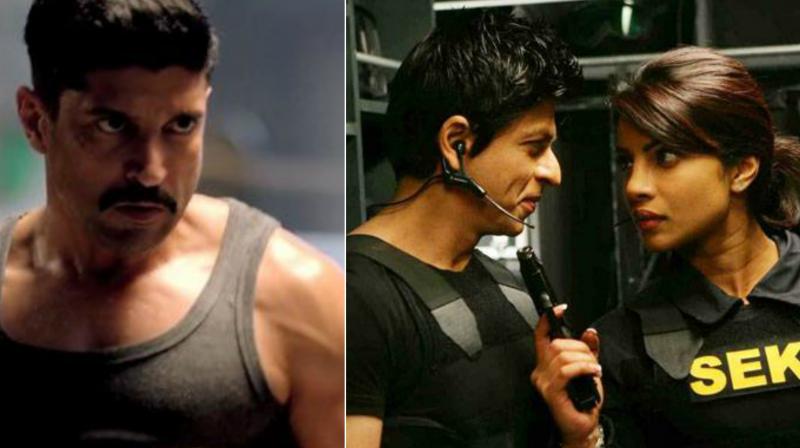 Mumbai: As the interesting development in upcoming crime thriller Don 3', Farhan Akhtar is all set to star alongside Shah Rukh Khan in the highly-anticipated film.

According to a report, Farhan Akhtar, who directed previous two films in the series, has penned down a script for 'Don 3'. He reportedly took a sabbatical from acting to concentrate on this story which SRK has liked.

DNA quoted a source as saying, “Farhan will also act in this film. He will play a desi top cop to Shah Rukh’s Don. Since a portion of the film will be set in India, Farhan will be seen donning the policeman’s uniform in the film.”

However, fans expecting to see Priyanka Chopra as Roma in the film may be disappointed. Her character is not needed in the new film and a new cast will reportedly be brought on board for the film.

Once Farhan finishes the script, it is being speculated that Shah Rukh will back the project that is expected to go on floors mid next year and is eyeing a 2020 release. Shah Rukh Khan is currently busy working on Aanand L Rai's 'Zero' alongside Katrina Kaif and Anushka Sharma.