Bollywood actor Shahid Kapoor gets candid about his arranged marriage, with Mira Rajput, fatherhood and even his ex-Kareena Kapoor. 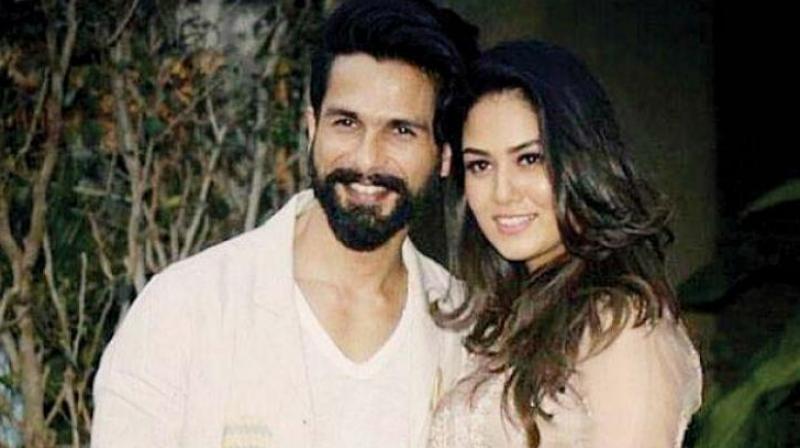 Shahid Kapoor welcomed his first child with Mira Rajput last year and the actor, who had an arranged marriage, said the baby was their first project together.

The 36-year-old actor said Mira's pregnancy and the birth of Misha helped them come closer. "Misha was our first project together. The process helped us come closer and feel a sense of togetherness and companionship," Shahid said.

The couple's arranged marriage raised many eyebrows but it is not all that bad according to the actor, who said their relationship is based on friendship. "In an arranged marriage, love follows. It starts with friendship. And sometime, most difficult relationships grow with that. Don't look for a 10 on 10 partner. Some things need to be worked around once you start understanding your spouse," he said.

Shahid also said that sometimes despite there being love, it is hard to live with the person. Reminiscing the time when Mira was pregnant with their baby, Shahid said he liked saying 'we were pregnant' then. "I like to say that 'we were pregnant'. I know I did not go through all the hormonal changes and labour pain, but saying that we were in it together is a warm emotion."

He is father to a baby girl but there is still curiosity about Bollywood actor Shahid Kapoor's past relationship with Kareena Kapoor. Shahid, however, does not believe that there is anything new to add as his past is already a "world secret".

During a interactive session at an event here, the actor was asked about his secret past, to which he surprisingly said, "I have a secret past? How do you know about my secret past? Were you spying on me? I can't confess to a secret."

When someone in the audience said Kareena, Shahid gave a quick reply saying, "How is it a secret madam. It is a world secret. Do you have a question or you just want to take the name." When no question was asked by the audience member, the actor joked, "She does not want to ask a questions. She is happy to have taken the name."

Kareena and Shahid famously dated between 2004-2007.  After their break-up Kareena went on to date Saif Ali Khan and eventually married him in 2012.   Shahid tied the knot with Mira Rajput in 2015 and their alliance was fixed by their respective parents. Incidentally, both Kareena and Shahid became first-time parents last year.

Talking about his daughter, Misha and fatherhood, the 36-year-old actor said he is loving the new chapter of his life as nothing is more delightful than watching his daughter waking up next to him every morning. "Being a first timer, there's a lot to learn. I'm very new at it. All I can say is that it's the most enriching, empowering and beautiful experiences of my life."

The actor said his little angel is his only source of positivity and happiness.
"Misha is a package of positivity, which I wake up to every morning next to me. Even on my worst days she gives me reasons to smile and I just feel very fortunate to be where I am and I hope that I can be a good father and a good parent."

When asked if he is already involved in her life, Shahid says, "I've been told that I'm over-involved and I need to calm down a little bit.”