No time for films: Shilpa Shetty

Quite content to be a fitness-expert and full-time mother, the actress gives us some valuable fitness tips. 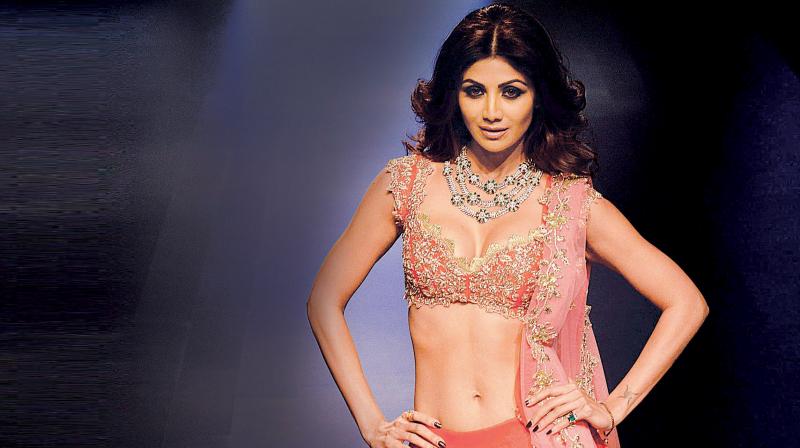 Her contemporaries from the 90s are getting in line one after the other to make a comeback in films, but Shilpa Shetty is in no hurry. She’d rather focus on her new role as a fitness expert. After launching her book The Great Indian Diet in 2014, the actor is taking to the field with a vengeance with her YouTube fitness channel where she is seen stretching into yoga asanas and rustling up healthy meals and salads. “I always recommend people to eat healthy and now I’m doing it through my YouTube channel as well. Remember, breakfast is the most important meal of the day and it’s essential to grab a good, first meal of the day!” she says giving us a bit of free advice.

So is Bollywood a thing of the past now? “I am not really waiting for people to offer me a role. I am doing my own thing and I am very busy. I am also a full-time mother. So, I honestly don’t want to do movies. Having said that, if something interesting comes my way, I might. But I’m not actively seeking any work,“ she says.

One of the fittest moms in showbiz, Shilpa, who attended the launch of Saffola Multigrain Flakes, admits that the pressure to look good never diminishes. “Yes, there is pressure. I would be lying if I said that there isn’t. But then again, it’s not pressure for me because it’s my way of living as well; it’s the way I’ve modified my lifestyle — not for people, but for myself. I want to look fit and I hope people get to know that and get inspired by it,” says the 41-year-old.

The scrutiny could get too intrusive at times though. A few months ago, Shilpa was trolled by social media users for her faux pas of recommending George Orwell’s Animal Farm as a children’s book. The actor had taken the title a little too literally. Does the public gaze get too overwhelming as times, we ask her? “I think it’s part and parcel of being a celebrity and you have to take it positively. I take it as a huge compliment that people look forward to seeing what I wear and what I eat. You have to learn to live with it. But sometimes it can be a little daunting. That’s one part of course. There’s a lot of other things (that come to us by virtue of being a celebrity) for which we need to be grateful for,” she signs off.