Entertainment   Bollywood  27 Mar 2017  'Everything was so personal': Ranbir thanks Gauri in special letter
Entertainment, Bollywood

'Everything was so personal': Ranbir thanks Gauri in special letter

The star wife shared a picture of Ranbir's beautiful letter thanking her for designing his house on Instagram. 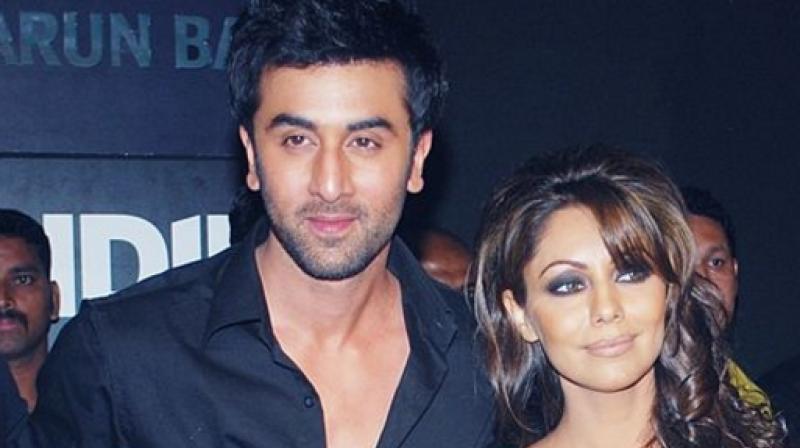 Ranbir and Gauri spotted together at an event.

Mumbai: While Shah Rukh Khan grabs the spotlight whenever he steps out, his wife Gauri Khan is also known for her fashion sense and grabs eyeballs too.

While Gauri is often known as superstar Shah Rukh Khan’s wife, she is not just that and is a renowned interior designer.

Ranbir Kapoor was one of the celebrities who handed over the responsibilities of designing his new house to Gauri and the actor is so happy with her work that he wrote a handwritten message to her conveying his gratitude.

Gauri recently shared a picture of Ranbir’s letter on Instragram. 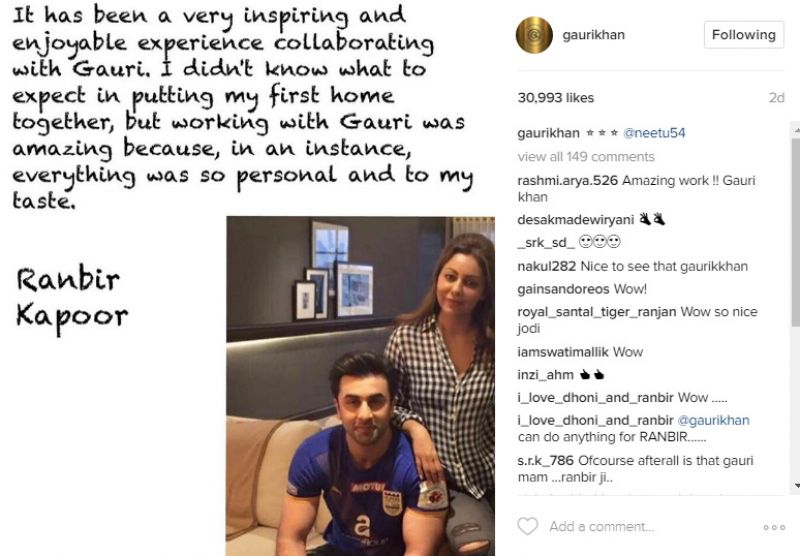 Gauri had shared pictures with Ranbir on Instagram after Ranbir was ready to start living in the house in December. 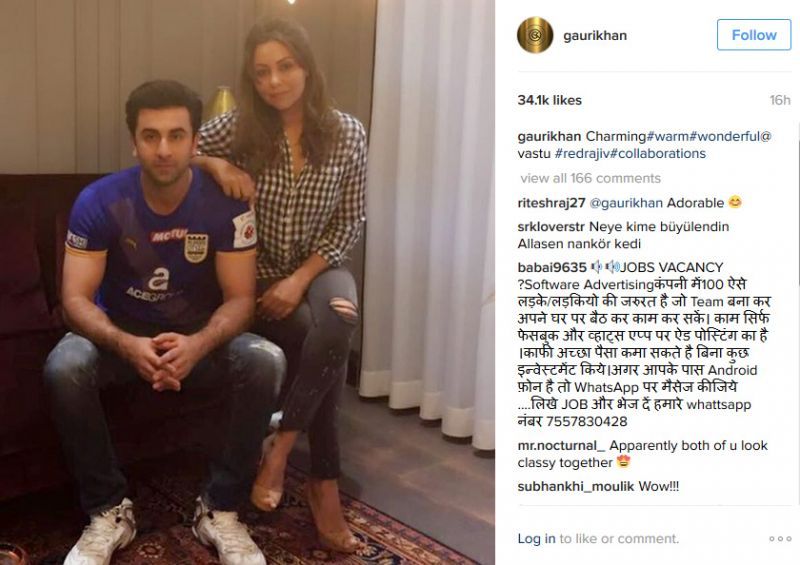 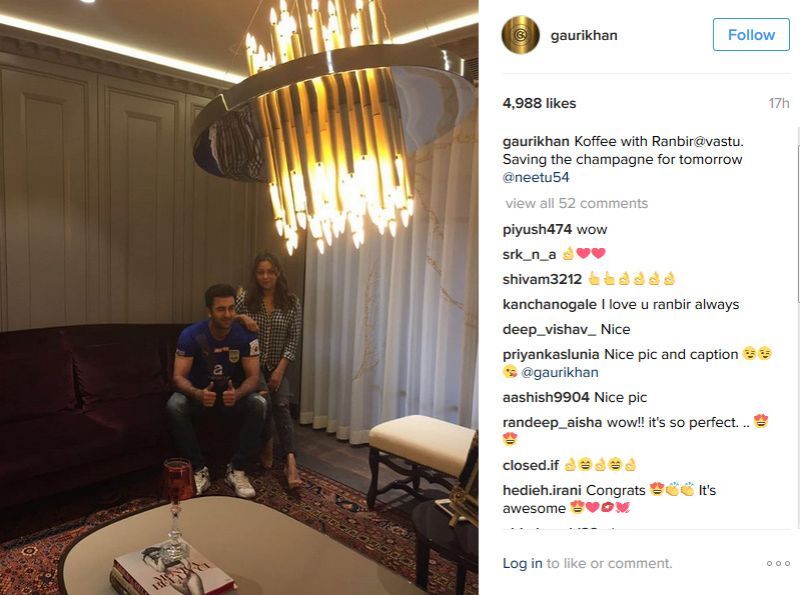 Even Ranbir’s father had taken to Twitter to thank Gauri for her work on the house. 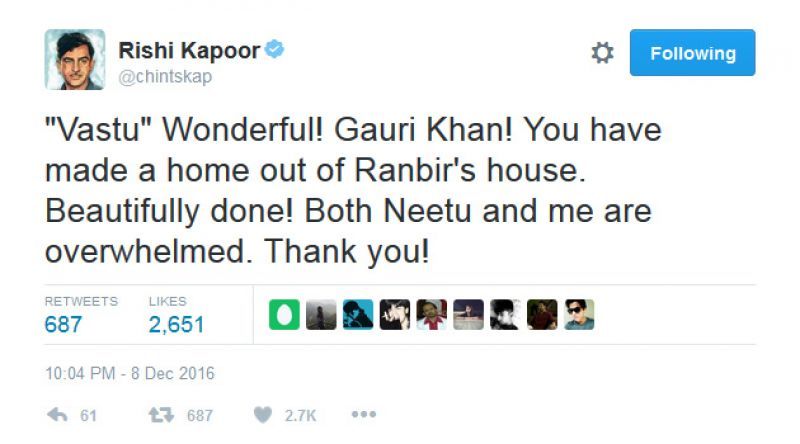 Ranbir moved into his new house Vastu in Pali Hill, Bandra in December last year. He was reportedly staying with his grandmother Krishna Raj Kapoor in the Kapoor bungalow in Chembur after he moved out of the apartment he was sharing with his ex-girlfriend Katrina Kaif.