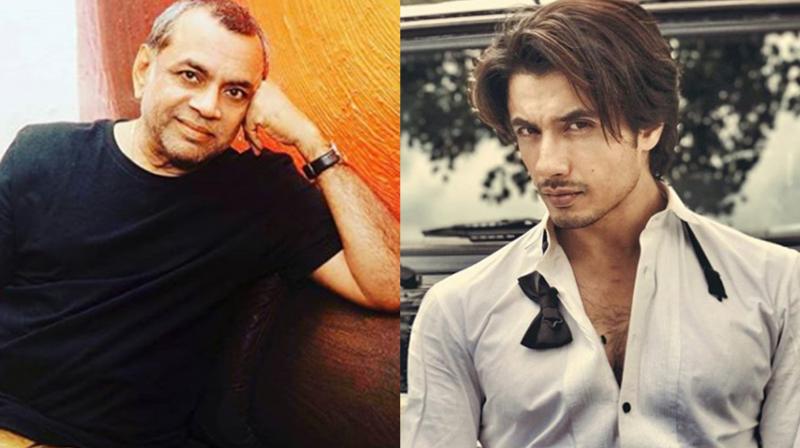 New Delhi: The Indian Air Force (IAF) conducted air strikes on terror camps in Pakistan, which the entire India hailed. From Bollywood celebrities to sports stars, from general public to politicians, everyone came out in support of the operation taken in response to Pulwama terror attack that killed around 40 CRPF personnel on February 14. Pakistan-based terrorist organisation Jaishe-e-Mohammed claimed responsibility for the attack.

Veteran actor Paresh Rawal took a dig at Pakistani singer and actor Ali Zafar on the latter’s silence over the IAF operations. Rawal reacted to Zafar’s old tweet where he had praised the Pakistani Prime Minister Imran Khan’s speech.

After the Pulwama attack, Pakistan PM addressed had a televised address to his country, which Zafar praised. Zafar, who worked in Bollywood films like ‘Dear Zindagi’ and ‘Mere Brother Ki Dulhan', had taken to Twitter to praise Imran Khan for his speech. Later a Twitter user Trendulkar shared a screenshot of Zafar’s tweet to Imran Khan and wrote, "What a strike @narendramodi."

What a strike! @narendramodi pic.twitter.com/RCx99ZgDIb

The airstrikes, which are being touted as ‘Surgical Strike 2.0’ took place on February 26 around 3:30 am using 12 Mirage 2,000 fighter jets. The aircraft dropped 1,000 kg laser-guided bombs on a major terror camp across the Line of Control, completely destroying it.

Meanwhile, Zafar, who has been a significant part of the Indian film industry, received flak for voicing his support for Imran Khan's speech shortly after the Pulwama attacks.

On the other hand, Paresh Rawal was last seen in ‘Uri: The Surgical Strike’ and soon, will be seen in the biopic of Prime Minister Narendra Modi.