The time doesn’t seem to be right to cast Arjun Kapoor and Parineeti Chopra together in a film. 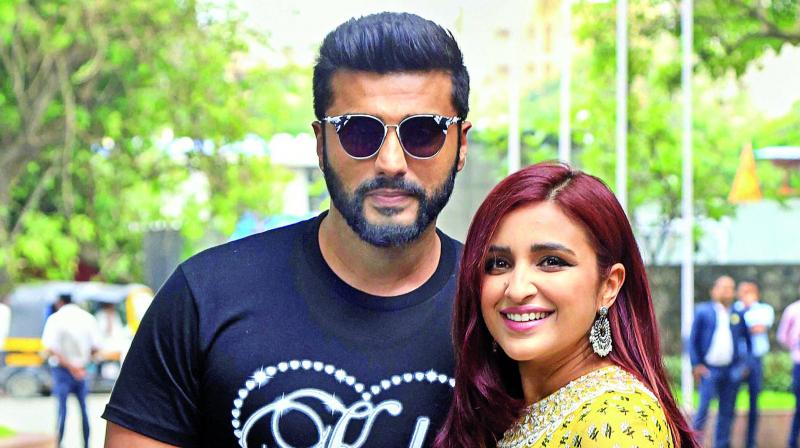 The time doesn’t seem to be right to cast Arjun Kapoor and Parineeti Chopra together in a film.

The release of their new film together Sandeep Aur Pinky Faraar has been indefinitely postponed from its scheduled March 1 release.

While director Dibakar Banerjee, who also needs a hit desperately, says that his film is in post-production stage and a new release date would be announced soon, sources close to the film’s producer Yash Raj say that there are no immediate plans to release the film.

“Not after what happened with Arjun Kapoor and Parineeti Chopra’s Namaste England. The film was a failure beyond any imagination. It has put Kapoor’s and Chopra’s career back by miles. It would take them a very long time to bounce back after such a monstrous setback. Given the scenario, another Arjun-Parineeti release six months after NamasteEngland seems suicidal and Aditya Chopra is in no mood to commit professional harakiri.”

So, where does this leave Sandeep Aur Pinky Faraar? It seems like it would remain faraar (fugitive) for a long time. In fact, sorry as it seems, Yash Raj may decide not to release it in theatres at all.