Saif Ali Khan is shooting for a movie with Sonakshi Sinha, tentatively titled ‘Kaptaan’, in Rajasthan. 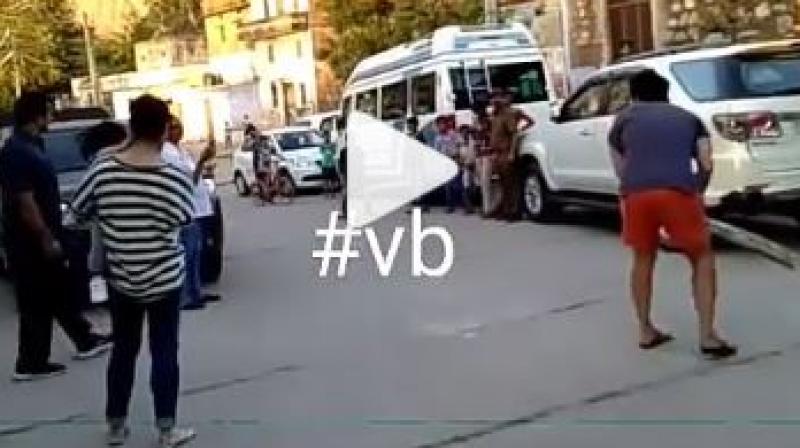 Kareena Kapoor and her son Taimur Ali Khan left for Udaipur yesterday to be with Saif Ali Khan.

A photographer Viral Bhayani captured the Nawab playing cricket on the streets. Along with him were his begum Kareena Kapoor Khan and son Taimur watching the match and hooting for him. Watch the video here:

While Saif will be next seen in 'Baazar' alongside Radhika Apte, Kareena's next is 'Veerey Di Wedding' co-starring Sonam Kapoor and Swara Bhaskar, which releases on June 1.