After break-up with Alia, ‘gentleman’ Sidharth and Jacqueline get chatty at airport

Rumours stated that Sidharth and Jacqueline were dating while shooting for their movie ‘A Gentleman’. 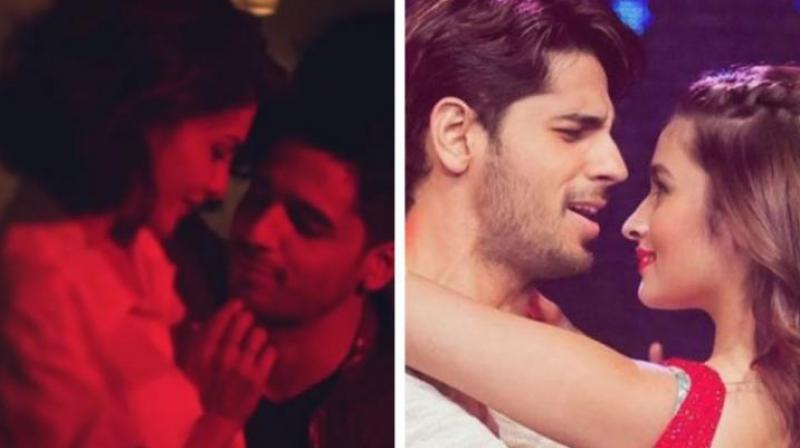 Sidharth Malhotra with Jacqueline Fernandez in 'A Gentleman', with Alia Bhatt at an event.

Mumbai: Rumours stated that Sidharth Malhotra and Jacqueline Fernandez were dating while shooting for their movie ‘A Gentleman’ which released in movie theatres last year.

Sid and Alia have supposedly called it quits, and now it looks like Alia might be dating her ‘Brahmastra’ co-star Ranbir Kapoor.

Sidharth, on the other hand, has often said that he’s single, but that’s tough to digest. More so, he was now spotted back with Jacqueline.

The two were chatting up at the airport, and they even shared a hug and he kissed her on the cheek before parting ways. See the video here:

Does it look like something was brewing between the two, which led to the break-up between Sid and Alia? Them coming back once again does hint at that…