I was approached by all major political parties, says Kailash Kher

Kailash Kher speaks to us about hardships, self-belief, living a life less ordinary and lending his voice for the upcoming UP elections. 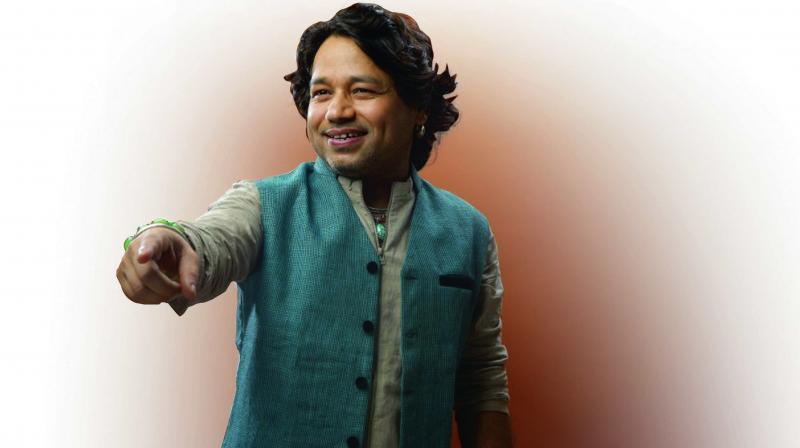 “Hello sir, are you there?” asked the official — who had called to inform artist Kailash Kher that he would be receiving the  Padma Shri, India’s fourth highest civilian award — after he received no reply for a while. The singer, quite naturally, had gone speechless. Speaking to us post that, Kailash tells us, “Meri toh bolti hi band ho gayi thi tab. It was an overwhelming moment for me. I later regained my composure and thanked the Government of India for bestowing me with such an honour. I would like to thank my parents, seniors and colleagues from the fraternity and all my well-wishers and fans for their relentless love and support.”

Kher, who hails from Meerut, shifted to Mayur Vihar in Delhi at a very young age and was about 30 years old when he decided to shift to Mumbai to pursue a career in music. Recalling those days, the musician shares, “My struggles in Mumbai were primarily about making a career, whereas, in Delhi, I genuinely struggled with my everyday life. My family was not very supportive of my decision of choosing music as a profession, and my parents never saw how music could help me earn a steady income. And what happens when you don’t have much support (from your family) is your life begins to be plagued by self-doubt.” He continues, “But it was my conviction and sheer self-belief that kept me going. I left for Mumbai with a do-or-die spirit. I didn’t believe in Bollywood music, which in my view, could be easily bought and sold like raddi. I was self-trained and believed in my music, which was academic, spiritual and Sufi in nature. Also, I was both writing lyrics and composing songs. I strongly believed that my music was not just for entertainment but had a greater purpose. Music means life to me and my journey has been that of a tapaswi.”

Talking about accolades and awards, the Allah ke Bande singer says, “It’s a miracle where I have reached today. I believe all this happened because of all the blessings I received over the years. Accolades and awards poured in from smaller forums at the beginning of my career, then I started getting them at award nights and then honours from several state governments followed. Today, it is a moment of pride as I will be receiving a national level award. To think that I have achieved all this in a mere 11-12 years of career span feels amazing.”

The voice behind several chartbusters isn’t taking many Bollywood project as of now: “I am lending my voice to many songs meant for different  social causes. And most of them, I have sung for free. For the upcoming UP elections, I was approached by all the major political parties. I am taking up these projects; some for emotional reasons and some for professional purposes.”

How does he keep himself relevant in this competitive world? He replies, “For me, competition in a field means nothing as I take my whole life as a long battle. Every soul is unique and my destiny is very different from everyone else’s.” He concludes, “What this honour has done is it has entrusted me with the faith that I need to live my life in a way that it becomes an example for others to follow — a life that can inspire many.”