The Motichoor Chaknachoor actress shares a close bond with her brother, whom she still gives pocket money to. 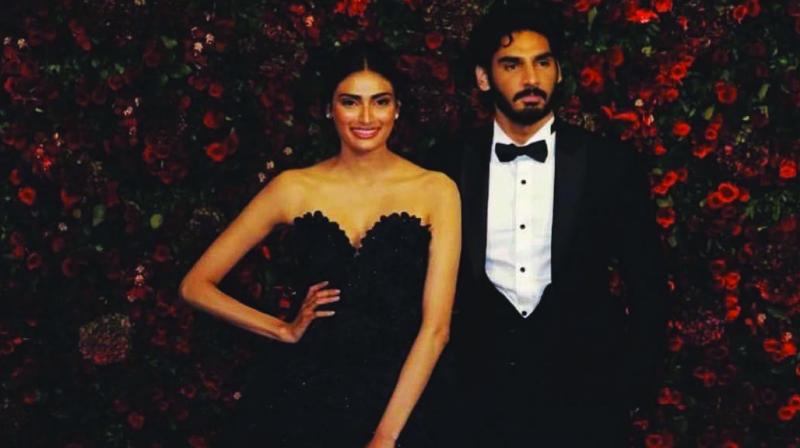 Athiya Shetty is excited about her brother Ahan Shetty’s debut film, tentatively titled Tadap, which is the Hindi adaptation of the Telugu hit film RX 100. The debutant actor will star opposite Tara Sutaria in the Milan Luthria directorial, which is produced by Sajid Nadiadwala.

“I am very excited about it. This (acting) is what he always wanted to do; as a baby he would dance to Salman (Khan) sir’s song Oh Oh Jaane Jaana,” she laughs, adding that the family has given him space to forge his own career path.

“Honestly, we never give any tips to him. Everyone has to begin their own journey wisely. Though, we can always be there for each other and offer support whenever needed. I remember while on his first schedule of shoot, which was happening in Mussorie, we just wished him all the best when he left home in the morning that day. But no advice or tips were given,” Athiya reveals.

The Motichoor Chaknachoor actress shares a close bond with her brother, whom she still gives pocket money to. “I still give him pocket money, but he still steals mine. He still asks me to buy something or the other while we are on a shopping spree,” she smiles.

Giving an example, Athiya shares: “I remember, we both had our respective money with us while shopping in London recently. But there also he asked me to buy stuff for him. Ahan is my younger brother so he is fully aware that being his sister who loves him, I would end up buying things for him.”

On a more serious note, the actress says Ahan is more sensitive than she is. “I am stronger but women are usually strong. On the whole, he carries a well-balanced persona, but I am the cool and chilled out one,” she muses, adding that they have taken on their parents’ traits in the best way.