In a free wheeling chat, Kareena Kapoor Khan talks about her forthcoming film, auditioning for a role and Aamir Khan. 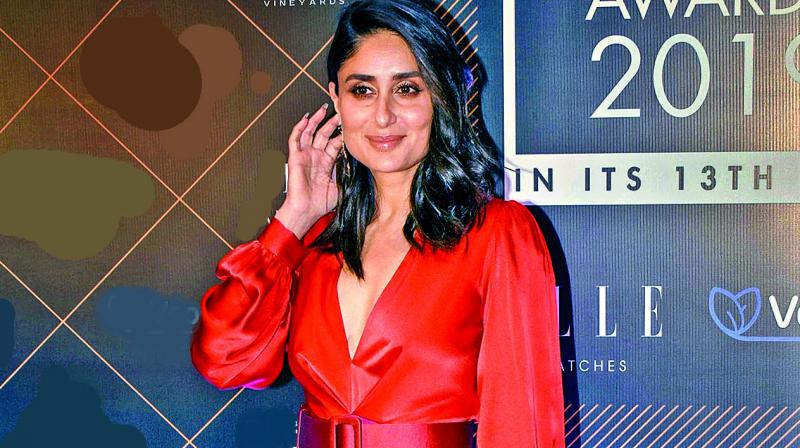 Kareena Kapoor Khan is a trendsetter, be it with her cool mommy-to-be look in her latest film Good Newwz, or her decision to stay off social media in the digital age.

The 39-year-old shares that while women are not often at the helm of comedy, Good Newwz will set a new trend. “In the second half, you all will see a twist and the women taking the story forward. Otherwise, when you watch comedy, women are just standing in a corner and just having a laugh. Women will turn it around when you will see this film,” she reveals, adding that there is a lot of heart in the film as well.

“There is a scene which I am proud of, where my character explains to Akshay’s (Kumar) character what a woman goes through and what their contribution is. It’s a claptrap scene and people will remember that scene forever,” smiles Kareena, who finds that no role is too small or too big, and puts emphasis on the content.

“I feel that the entire dynamic has changed. You don’t need a mainstream actor to pull off a film, it’s just the content. That’s what I have been saying for a long time: It is about your part in the film, even if it’s a small part, the content matters. Even if you work with the Khans or whatever, you have to make sure that your part is relevant,” she opines.

Other than Good Newwz, Kareena will also be seen in Aamir Khan’s Laal Singh Chaddha, which is the Hindi remake of Hollywood classic Forrest Gump. The actress set a new trend with this film as well, by giving a humble audition for the part.

She shares: “If it was for Hollywood or anything else, I don’t think I would have auditioned. But I have auditioned it only because it’s Aamir Khan. I know what his potential is and I know his intent. He creates a world and he wants to be 100 percent sure in that world. While reading the scenes, I was already sure that this would happen as I knew that I have nailed it. He also told me that, ‘when you were midway through the scene, I was telling (director) Advait (Chauhan) that it is done’. He can see his character and I really admire him for that.”

Kareena further reveals that the concept of known names auditioning for roles is uncommon, and her husband Saif Ali Khan is the one who made her realise it. “Saif told me that ‘what is the big deal? We all should do it. Actors should audition for the part.’ All the actors in Hollywood like Al Pacino don’t get a part unless they audition. Saif also said that actors like me also start doing it, then it will be better. This is why I auditioned for it,” she explains.

Talking about her experience working with her 3 Idiots co-star again, Kareena gushes, “What do you say about a person who is such a genius and such a cinematic mind? What are you supposed to say about such an actor? It is an honour to be standing with him because he is so dedicated to his craft, which is what I love. The journey has just begun.”

As for her journey with social media, Kareena is contemplating giving up her boycott.“There will be an official page which I’ll do at some point. Somebody will run it, but it won’t be me. It will be officially about my work and information about my projects, but no personal things. One or two pictures do come out sometime, like Saif and I on a family holiday, so it will have that, but nothing more,” she asserts in conclusion.