Was skeptical about working with my father: Sonam Kapoor

The actress will share the screen space with her father for the first time in Ek Ladki Ko Dekha Toh Aisa Laga. 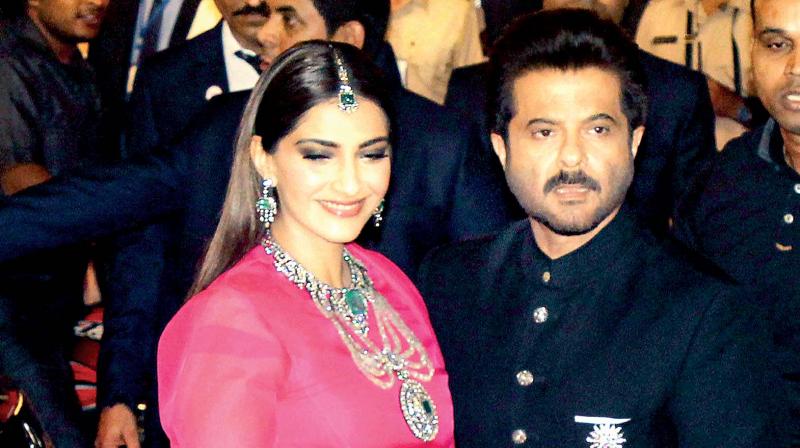 The trailer of debutant director Shelly Chopra’s Ek Ladki Ko Dekha Toh Aisa Laga has already been well received. The film, which focuses on a father-daughter relationship, will see Sonam Kapoor alongside her father Anil Kapoor.

The trailer of debutant director Shelly Chopra’s Ek Ladki Ko Dekha Toh Aisa Laga has already been well received. The film, which focuses on a father-daughter relationship, will see Sonam Kapoor alongside her father Anil Kapoor. This is the first time the duo will share the screen space and the young actress was apprehensive about working with her father. Sonam says, “I was very sceptical about working with my father. Though we have been approached several times, this is the film we both agreed on. I told my father if there’s any film that I should do with you then, it is this film. He just read the script and agreed,” she added.

Ek Ladki Ko Dekha Toh Aisa Laga also stars Rajkummar Rao and Juhi Chawla. Speaking about the subject of the film Sonam says, “The subject I felt has relevance to our lives. It was something, which I trusted her (the director) with. I always read the script when somebody is narrating it to me but this is the first time that I was just listening to somebody because she had a clear perspective of what the film was about and how it should be. That’s very rare even amongst the biggest directors.”

The actress believes that it’s very important to tell the story to the audience through the trailer. “Then they get to know what they are getting into when they are come to watch the film,” she says adding that it’s a love story and also about a parent and his child. “I think most of us go through a situation where we have to explain ourselves to our parents for our choice of partners. Validation from our parents is so important to us and they need to accept that their support is so important to us,” she added.