Mahavir and daughters, Geeta and Babita love their on-screen portrayal in Dangal. 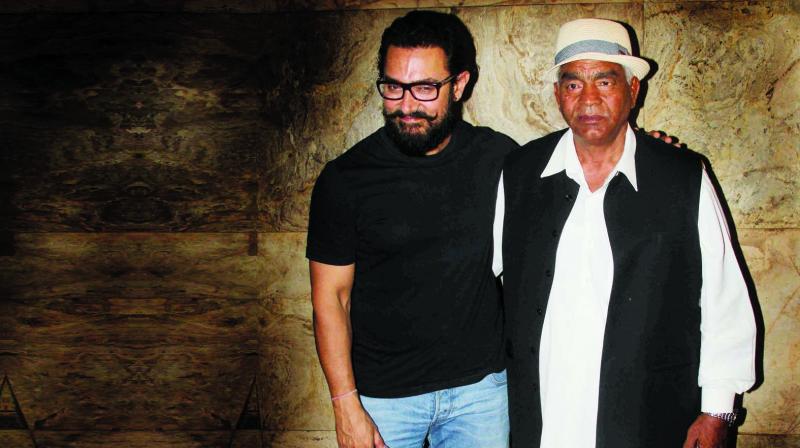 Real met reel when Haryana’s champion wrestler, Mahavir Singh Phogat and his two wrestler daughters, Geeta and Babita, watched Nitesh Tiwari’s Dangal in Mumbai. The on-screen avatars of Phogat and his two daughters (Aamir Khan, Fatima Sana Shaikh and Sanya Malhotra) held their collective breath, waiting for the verdict on their portrayal. And at the end of the lengthy, but exhilarating movie, Mahavir simply held Aamir, who played him on-screen, and wept.

Says a relieved Nitesh, “It was an overwhelmingly emotional moment for all of us when Mahavirji and his daughters Geeta and Babita watched the film. Our hard work was being judged by those whose lives we have put on screen. Luckily for us, it paid off. Phogatji loved Dangal.”

The director says that he was especially worried about what the two Phogat sisters would think of their screen avatars’ wrestling skills. “When the real Geeta and Babita hugged Fatima and Sanya, who play them, we finally heaved a sigh of relief. Getting Fatima and Sanya to be convincing as wrestlers was not easy. Wrestling is not an easy sport for men, let alone women. It requires huge amount of physical force and strength, which we had to build in the two. We were determined not to use computer-generated tricks to make their wrestling look convincing, nor use body doubles,” he adds.