It becomes only the third film to do so, after Salman Khan's 'Sultan' and 'Bajrangi Bhaijaan'. 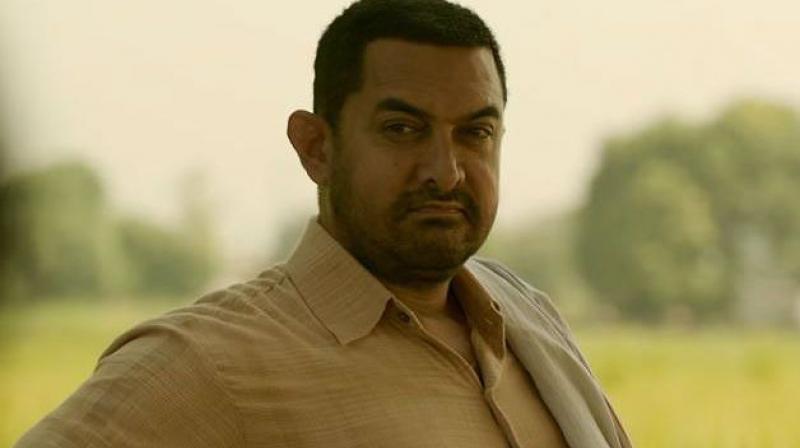 Mumbai: One of the most consistent performers at the box office, Aamir Khan, has done it again as his much anticipated film 'Dangal' has witnessed a thunderous response in its opening week.

His first release in two Christmases, 'Dangal,' has grossed over 100 crore rupees in just three days, becoming only the third film to do so, after Salman Khan's 'Sultan' and 'Bajrangi Bhaijaan'.

In doing so, the film has scored the second highest opening weekend of all time, behind this year's 'Sultan,' incidentally also set to the backdrop of wrestling.

As per boxofficeindia.com, the film grossed a gargantuan 41.25 crore rupees approximately on Christmas, following up the 29.14 on Friday and 34 on Saturday, grossing 104.25 crores approximately, over the weekend, behind Sultan's 105.55.

If one is to add the collections generated from the dubbed versions, the film will have the highest weekend score ever, having grossed a mammoth 106.75 crore rupees approximately.

The film is also looking at a 200 crore plus opening weekend worldwide, behind Sultan's 212 crore rupees approximately.

However, Aamir's 'Dhoom 3' still holds the record for the biggest overseas opening day collections till date.

'Dangal,' going strong on its terrific word-of-mouth, is expected to have an extended shelf-life, very much like Aamir's last release, 'PK,' which eventually went on to become the highest grosser of all-time, in Indian cinema.

But it remains to be seen, if Dangal will succeed in eclipsing 'Sultan's overall collections to become the highest this year, or even go further to break his own 'PK' record.