Anushka-Katrina admit that Deepika is not their good friend

Arjun Kapoor was also a part of the act when Karan asked the ladies if Deepika was a good friend. 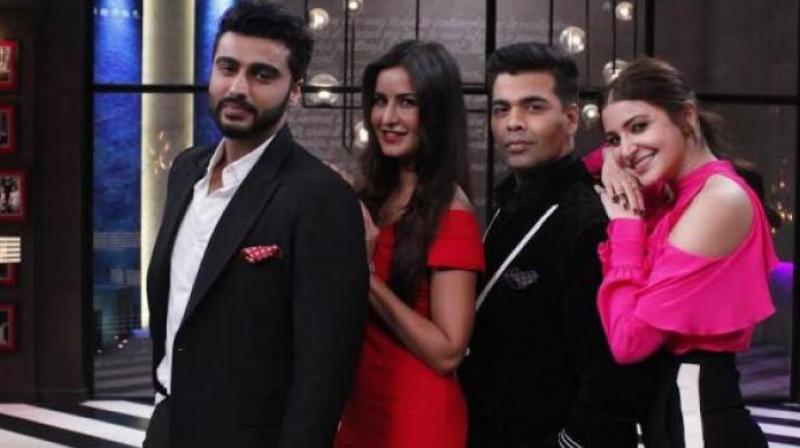 However, what followed was a riot of hilarity, very reminiscent of Nargis Fakhri and Freida Pinto’s session on the show, albeit sans the innuendos.

When the two outspoken and very witty ladies started facing KJo’s verbal volleys, one knew what was in store.

However, when Arjun Kapoor joined the show, doing an encore of his ‘kiss doll’ act from the Ranbir-Ranveer episode, things took a zanier turn.

Karan, who was at his spicy best, asking the two if they consider Deepika Padukone as a good friend.

Pat came their response; not kissing Arjun’s awaiting cheeks with a vehement no for an answer, much to the Kapoor lad’s dismay.

Their collective expressions, reeking of indifference seemed to suggest a telling scenario.

Well, true to the theme of the story, this is quite sensational!