Pagalpanti get Frozen out 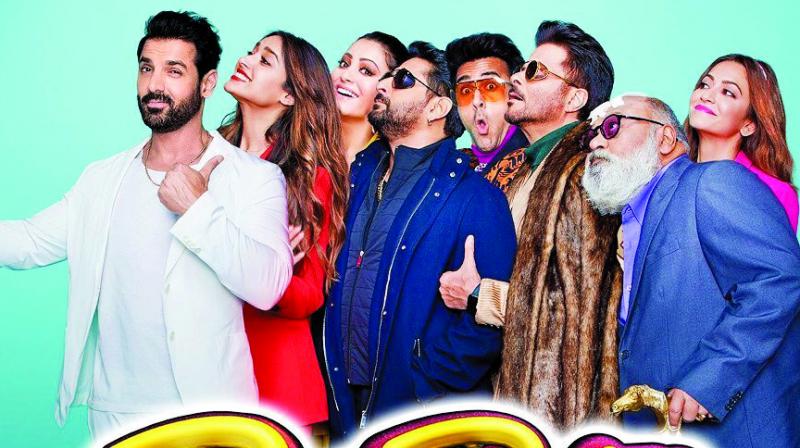 Trade analyst Girish Johar was surprised by the development.

Here is one more warning for Bollywood to mend its ways before it’s too late — The Hollywood animation film Frozen 2 has completely out-performed this week’s big Bollywood release Pagalpanti.

Frozen 2, released in Hindi, English, Tamil, and Telugu accrued approximately Rs 20 crores at the Indian box office. This is excellent for a Hollywood animation film. On the other hand, Pagalpanti opened to scathing reviews and collected less than Rs 20 crores over the weekend. That’s abysmal for an Anees Bazmee comedy, featuring A-listers Anil Kapoor and John Abraham.

Trade analyst Girish Johar was surprised by the development. “I was expecting a good start at the box office for Pagalpanti, and then I thought it’d hold onto the weekend. It is a multicast film, family comedy, was promoted well and directed by Anees Bazmee… all was hyped up well. But I guess the audiences being the supreme decider wasn't game for it,” he shares.

Johar notes that Pagalpanti was doomed from the word go. He explains: “It started below par despite having a wide release of over 3000 + screens right from its start. I am sure no one was expecting it. The jump in evening shows on Friday and then Saturday and Sunday was also expected, but it never came. On the other hand, Frozen 2 was also promoted well, dubbed and released in other local languages too, found much stronger patronage from the audiences. In fact, the lifetime collection of the first Frozen film was collected by Frozen 2 on Day 1 itself! On Saturday and Sunday, it trended superbly, having galloped at the box office. Superb reviews and strong word of mouth helped it consolidate its position at the BO.”

The analyst explains that Frozen is breaking records. “Now, Frozen 2 stands to be the Highest Nett Animation Weekend Grosse in India for any animation film. That’s a record! And not to forget, from a very limited screen count of just around 1300. International buzz has also helped and the global response is record-breaking too. Frozen is a well-established brand now and we will be surely seeing more of it now,” he opines.

Meanwhile, trade analyst Atul Mohan adds that Frozen 2 will do big business. “Frozen is a craze among kids, particularly girls between ages four and 15. It’s a huge brand and parents know how their kids are mad for Frozen. Pagalpanti, on the other hand, couldn’t ignite the excitement right from the release of its first look and trailer. The pre-release buzz was low and even the reviews were not encouraging. From Friday till Sunday, the film refused to show any improvement or growth, which makes it clear that the audience has rejected this one. On the other hand, Frozen grew from strength to strength. A growth of 111% on day two and 158% on day three. That’s phenomenal and an eye-opener for our film fraternity. Wake up and smell the Frozen coffee,” he warns in conclusion.