The actress who is working on Thalaivi, has been taking Bharatanatyam lessons from Gayathri Raguramm. 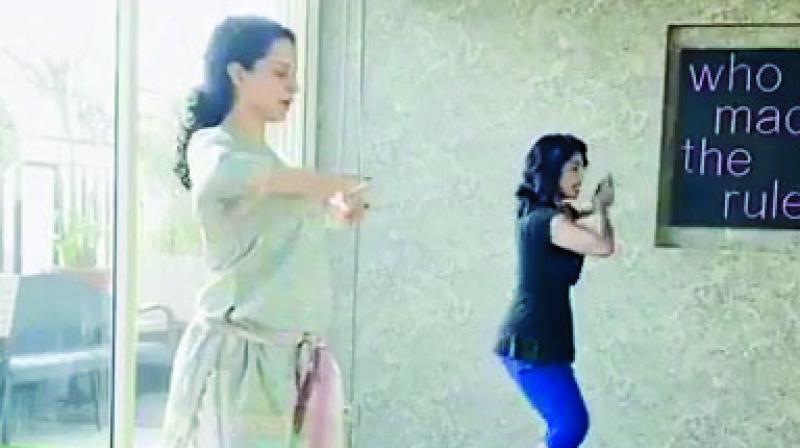 After receiving a mixed response from the media and the film industry, Kangana Ranaut, who was lauded by her fans for the Thalaivi teaser, has gone back to her Bharatanatyam rehearsals. Kangana has been practising with actress-turned-choreographer Gayathri Raguramm. While Kangana was practising her steps for around two hours a day before, she has upped the ante and doubled her dance preparations for the film.

Recently, the makers of Thalaivi shared the first look poster and teaser of the film, where Kangana can be first seen performing to Jayalalithaa’s song from her first film, and then the teaser cuts to 1991, when she was addressing a political rally.

While netizens shared memes of the actress’ avatar as Jayalalithaa, Kangana’s sister Rangoli Chandel took to Twitter to call them a ‘samosa gang’. But Kangana preferred to let her work do the talking, and returned to prepare for her role.