Our films are inferior to South films, says Karan Johar

Karan Johar feels honoured to be associated with Southern movie industry, but will never direct or act in one. 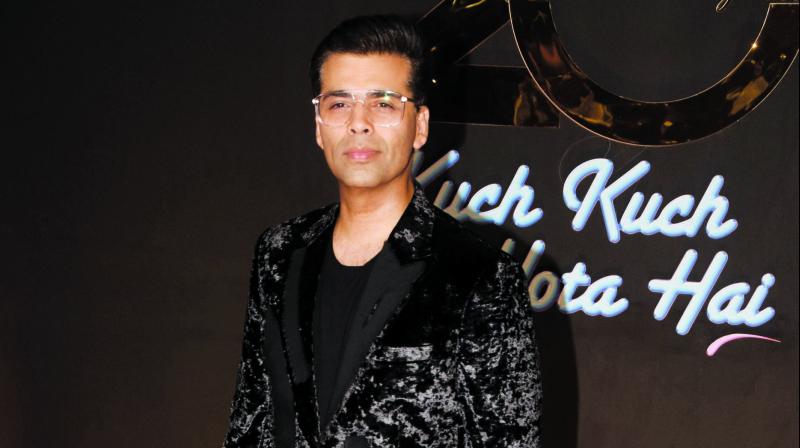 After making Baahubali  a hit in the North, producer-director Karan Johar is coming up with another film from the South — 2.0. The filmmaker, who feels nothing less than being honoured to be associated with SS Rajamouli first and now S Shankar, finds it important that the real crossover in cinema happens internally.

“The true crossover has to happen internally. We talk about films going abroad, but true crossover of films need to happen between the industries. Baahubali is a true example that was made in Telugu but worked well in the North and elsewhere. Similarly, for 2.0, we have to bridge the crossover with a true vision. Crossover is a movement that needs to be encouraged irrespective of the language. Baahubali is a successful example and now with 2.0, I’ll say it’s proceeding towards the true quintessential movement,” he said.

While he is quick to add that his name is attached to 2.0 without actually contributing anything in the making of the film, the director, Shankar cuts him in, “But you have worked for so many years to earn the name. It is now with your name that our film will get distributed to every nook and corner.”

Karan, who admires Rajamouli and Shankar’s vision of filmmaking and who has grown up watching their work, doesn’t find himself directing a film for the South. “To be able to direct a film in a language, you need to know that language. Since I do not understand the South Indian languages, I will never be able to do justice to the film,” he said.

So is it a big no-no to acting and hosting a South film? “Well! My debut film flopped. I have given two flop films that I acted in. In Bollywood, I am a flop actor, so I am not lucky. Also, with not being able to get success in acting here, it is certain that I will never be working as an actor or a host down south,” he said.

However, the filmmaker is all praises for southern filmmakers. “The makers down south have a great vision. Their narrative is meeting technology bang on. It is indeed helping them prove that our films too can match with that of the West. The narrative and technology successes will always be with  southern filmmakers. In Bollywood, we like to play safe, we don’t wish to change our mindset. There shouldn’t be a fear and we need to take risks with films that are different. They have taken risks and have made us feel inferior to them, this I am saying on a positive note. Director Sanjay Leela Bhansali has made a change here though. But making successful films with a bang on narrative, vision, and technology will always remain with the southern filmmakers only,” he said.