The film, which was to go on floors in February this year, will only start shooting in 2019. 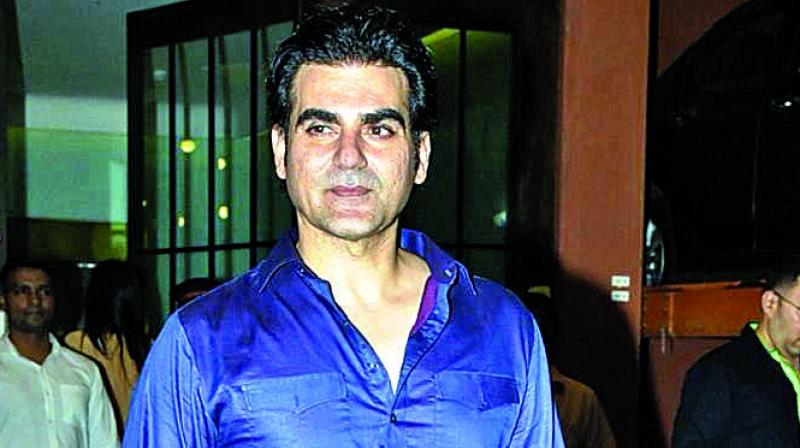 Alongside pre-production for Dabangg 3, Arbaaz Khan plans a documentary on his famous father.

Arbaaz Khan, who is readying to produce his next film Dabangg 3 with brother Salman Khan in the lead, is also planning a documentary on his legendary father Salim Khan.

“I spoke to my father about making a documentary on him. I have been seriously contemplating that. He has such a huge body of work and has led a very interesting life from the beginning of his career until now,” says Arbaaz.

Asked about a biopic on his father’s life, he says, “Well, I haven’t thought much about it. But if someone has to play that character, he should play his age from a youngster to what he is today. I have seen Sanju, and Ranbir Kapoor has shown what he can do. My first choice would be him to play Salim Khan,” says Arbaaz.

Meanwhile, Arbaaz is focusing on pre-production nitty-gritties for Dabangg 3 as well. The film, which was to go on floors in February this year, will only start shooting in 2019.

“The script is almost locked, as is the cast and the tech of the film. The songs have been shortlisted and will need to be finalised. The production design and the location recce are in progress, and we hope to commence principal shooting by the end of February or early March. We are definitely trying to release the film by the end of next year,” reveals Arbaaz.

Ask him on his personal life and his speculated marriage to Giorgia Andriani and he puts on a poker face, “Let them say what they want to say. Only I know what is happening in my life. If I want to say anything about my life, I will say it when the time comes, be it about marriage or whatever. I have spent 22 years in the industry and I know what to speak and what not to,” he quips.

The actor will soon be seen in a film called Jack and Dil, where he plays a man in love who then falls out of love after marriage. “I have not played a role like this before. It is an interesting take on relationships. A new couple does a lot of things for each other; they take up responsibilities, they stand by each other and everything seems good. And slowly when their goals are done, like marriage and children, they lose interest and it affects the relationship. It is a part of life and a lot of people experience this,” he says, again with a poker face, perhaps realising what he has just said and the parallels that can be drawn with his personal life.