Sharing the pictures of his son's achievement, the actor took to social media to congratulate the team. 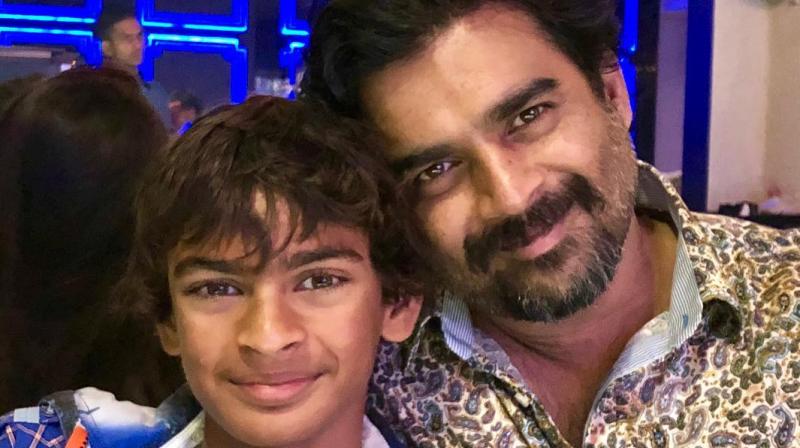 Mumbai: Actor R Madhavan is currently on cloud nine as his 14-year-old son Vedaant has won the silver medal in an international swimming championship.

In the pictures, one can see, Vedaant and his team mates posing with their silver medals. However, one thing which Maddy fans failed to notice that the 'Vikram Vedha' actor has mistakenly written 'Asian Games' in the post.

Notably, Asian Games aka Asiad happened in 2018 at Jakarta-Palembang, Indonesia. Though the championship is one of the parts of Asian sports event but Madhavan mistakenly wrote Asian Games' "G" in an upper case led to confusion. Many fans thought that his son had won the silver in the 'Asian Games' which take place every four years.

Many congratulations to Vedaant and team for their glorious achievement.