Neha Dhupia slighted by paps; takes it like a champ

An eyewitness recounts, “One of the photographers started shouting out, asking for solo pictures of Katrina. 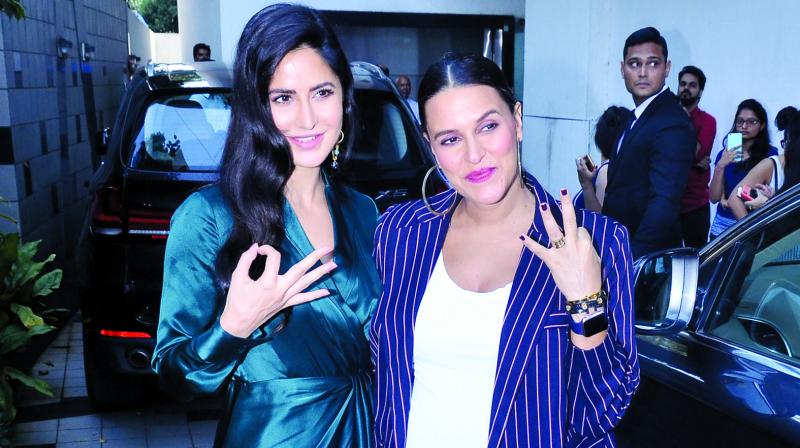 This Monday, actresses Katrina Kaif and Neha Dhupia were spotted making their way to shoot for the latter’s podcast #NoFilterNeha.

The paparazzi, after clicking a few pictures of the two of them together, asked a heavily-pregnant Neha to step aside so that they could get some solo shots of the Thugs of Hindostan actress, and we hear that she took it like a champ.

An eyewitness recounts, “One of the photographers started shouting out, asking for solo pictures of Katrina. That was when Neha’s expression suddenly changed. She said, ‘of course,’ and immediately stepped aside. Though she was hurt, she understands how show business works.”

Neha has had some of Bollywood’s biggest stars on her show, which is now in its third year, so she probably realises what they do for its popularity. It definitely wouldn’t have done her any good to throw a tantrum in front of the cameras.