Riddhi Sen’s last outing on the big screen, the 2017 film Nagarkirtan, won him a National Award for Best Actor. 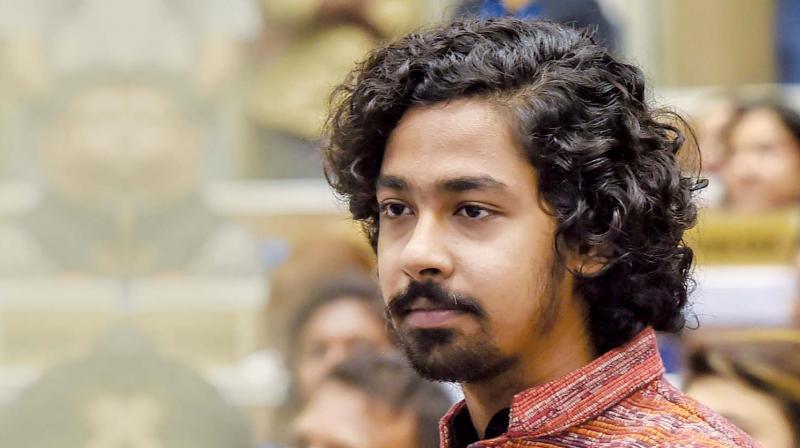 Riddhi Sen’s last outing on the big screen, the 2017 film Nagarkirtan, won him a National Award for Best Actor. Now, he’s all set to impress the audience once again with his upcoming film Helicopter Eela, in which he plays Kajol’s teenage son.

Calling his experience working with the actress “unbelievable”, Riddhi says, “She speaks her mind and she does what she feels like doing. I enjoyed working with her. We bonded as a mother and son.”

However, ask him who his favourite actress is, and he’s quick to say “Vidya Balan”. “I had a small role in the film Kahaani and I really loved working with Vidya. She was so natural that I didn’t feel like I was working with an actress of such high stature,” he adds.

The actor also readily admits that he’s off the market as far as love is concerned. “I have been in a relationship for almost three years now. She’s a singer,” he says. He adds that he does believe in the institution of marriage, but he doesn’t think a live-in relationship is very different. “I am open to both, depending on the situation. It’s just that with marriage comes the permanency of a signed document, while in a live-in relationship, there’s nothing on paper,” he says.

He’s quick to add that his plans for the immediate future include higher studies, not marriage. “I am heading to Hollywood. I’ve got a scholarship for further studies, and marriage is not on the cards. I am too young to tie the knot!” he signs off.