'Newton' is leading the pack once again and has earned a total of INR 8.21 crore. 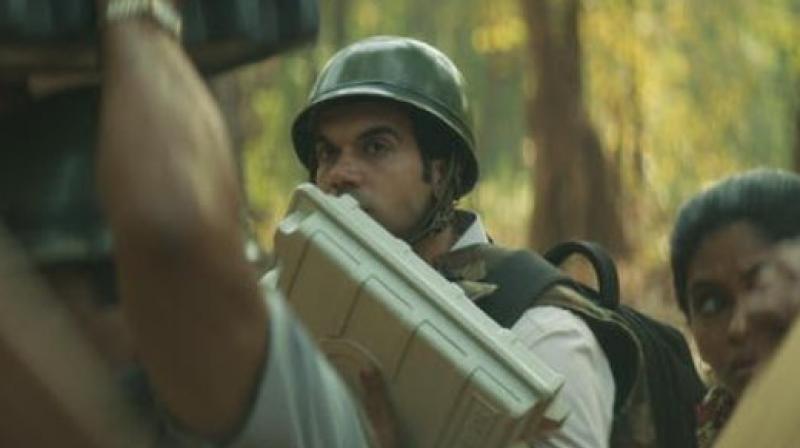 Rajkummar Rao in a still from 'Newton'.

On first Monday, 'Newton' is leading the pack once again and has earned a total of INR 8.21 crore. 'Haseena Parkar' has minted INR 4.87 crore in four days. Sanjay Dutt's 'Bhoomi' has also witnessed a drop and has collected INR 7.61 crore.

Helmed by Amit Masurkar, the movie collected INR 1.31 crore on its firs Monday.

The film stars the National-award winning actor Rajkummar Rao. The film has been appreciated by both the audience and the critics. The film revolves around a government clerk who tries to conduct fair voting on an election day amid the fear of guerrilla attacks and apathy of security forces.

The movie has been selected as India's official entry to the Oscars.

After opening at fewer screens at Rs 90 lac, the film had performed exceptionally well during the weekend with the Sunday collections being in the line of Rs 3.50 crore.

Meanwhile, 'Haseena Parkar', which stars Shraddha Kapoor and Siddhanth Kapoor, is based on Dawood Ibrahim's sister.

The comeback movie of Sanjay Dutt, 'Bhoomi' is a revenge drama that centres around a father-daughter relationship. While Sanjay plays the father, Aditi Rao Hydari plays the titular character of Bhoomi, the daughter.