With Kangana Ranaut bagging the National Award for the film, the two actresses would also hope for it with the remakes. 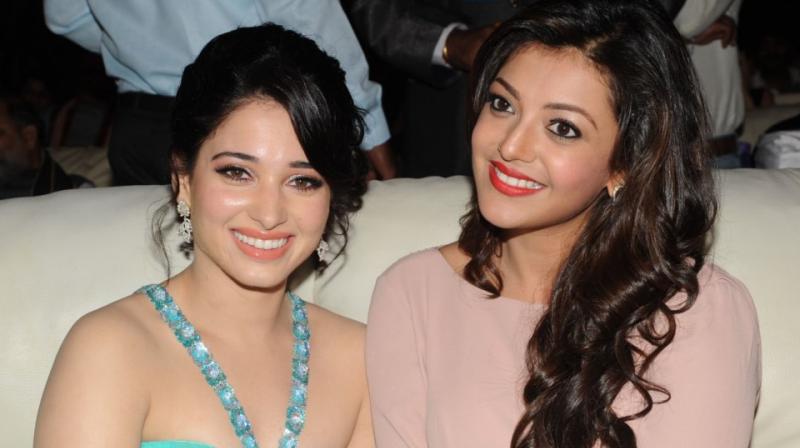 Aggarwal, 32, who is looking forward to the film, said it will be adapted to suit the sensibilities of the Tamil audiences.

"This project is very dear to my heart... I can't be grateful enough for having a team on board which is extremely enthusiastic, very like-minded and as excited as I am or even more, for the project which is utmost challenging," Kajal told reporters at the film's launch event in Chennai.

Asked about how she is going to handle the comparisons with Kangana, Aggarwal said, "I'm not here to fill in anyone's shoes, but I am going to do it my way and I am going to treat this as an original script.

"Not only this film is going to be adapted to Tamil sensibilities but also has an important message at the end. My director and writer have worked on the dialogues and brought some brilliant changes," the actor said.

He said he is quite impressed by the theme of 'Queen.'

"A girl decides to dump her past and challenges the life ahead. It's a great plot to explore. Kajal is a fabulous combination of beauty, talent, and enthusiasm," said Ramesh.

"'Paris Paris' will be released on the same day in Tamil, Telugu, Malayalam, and Kannada. Bollywood composer Amit Trivedi is composing the music," said Ramesh, who will also helm the film's Kannada version with actor Parul Yadav in the lead role.

The project, which will be extensively shot in Virudhunagar in Tamil Nadu and France, is jointly produced by Mediente Entertainment and Liger.

Meanwhile, 'Baahubali' actor Tamannah Bhatia has been roped in to play the lead role in the Telugu remake of the film.

The Telugu version is produced by Manu Kumaran under the banner of Mediente Films. National award winning director G Neelakanta Reddy will helm the remake, which goes on floors on October 25.

"'Queen' is an interesting film and I have always been motivated by roles that help alleviate women in some form. I am very excited to be in the Telugu version and can't wait to start shooting next month.

"This is the first time I'm working with Neelakanta Reddy and I'm sure we will create magic together on the screen," Bhatia said in a release.