After the big fight that took place on the sets of Chalte Chalte in 2002, it looks like both the stars have decided to bury the hatchet. 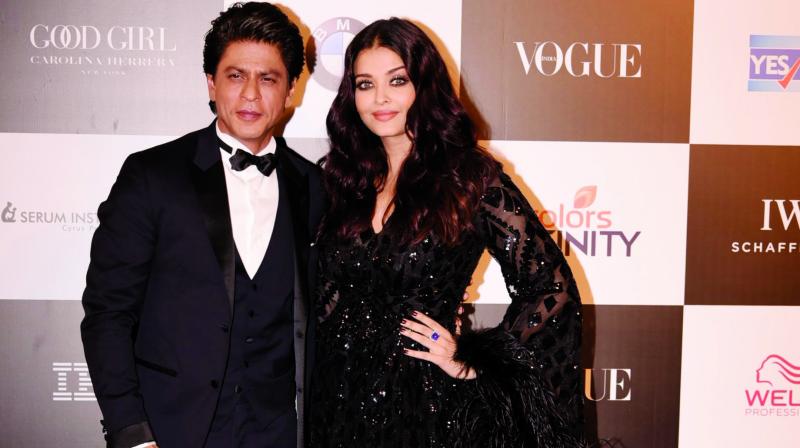 Shah Rukh Khan and Aishwarya Rai Bachchan, who weren’t on talking terms, seem to have mended their friendship. Their bond turned sour after the actress was unceremoniously dropped from SRK’s film Chalte Chalte. The Devdas actors connected like old friends at an awards ceremony held in Mumbai over the weekend.

Shah Rukh and Aishwarya were seen together for a few moments in the Karan Johar film Ae Dil Hai Mushkil, where the director’s favourite had a guest appearance. It is said that the actors did exchange notes then too.

Onlookers were surprised at the camaraderie shown by the two actors at the event. It has also been a while since the two have been spotted at the same event. “Shah Rukh saw Aishwarya and walked up to her, and spoke to her. Aishwarya also reacted spontaneously and happily posed with him for the shutterbugs who had a field day shooting the reunion. Shah Rukh had even patched up with Salman Khan earlier,” explains a source. For those who need a refresher, Salman was the reason why Aishwarya was dropped from Chalte Chalte. The Tubelight actor created a ruckus on the sets of the film when he and Ash had broken up. Apparently, Shah Rukh, who did not want any more trouble, replaced her with Rani without a notice.
—Sanskriti Media