He demands money for 'protection' of film sets when a reporter posed as producer of a film around similar subject as 'Padmavati.' 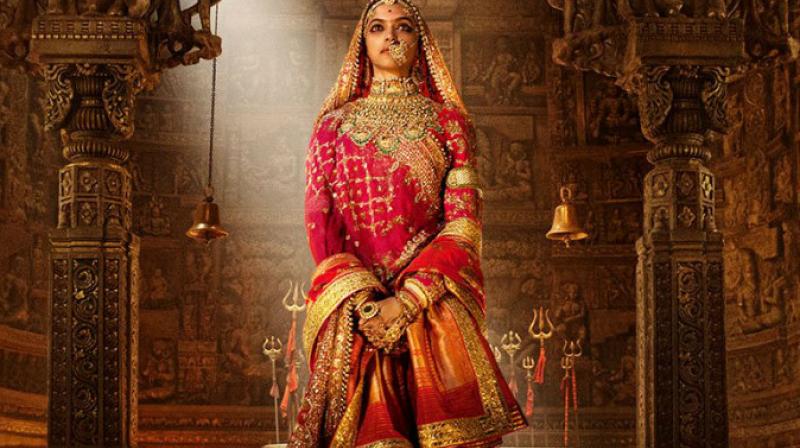 Mumbai: The entire film industry was left shocked when Sanjay Leela Bhansali was beaten up by alleged members of the Rajput Karni Sena in Jaipur earlier this year.

The director decided not to go ahead with the shoot in the state and brought it to Maharashtra, but two months later, the alleged members of the outfit set fire to the sets in Kolhapur, with several costumes among other objects gutted in the fire.

Bhansali’s effigies were burned in Nalasopara near Mumbai in the same month, and even the freshly released posters were burned few days back.

The outfit is protesting the distortion of history in the portrayal of the life of Rajput Rani Padmavati and were particularly angered by reports of the depiction of a dream sequence involving a lovemaking sequence between the queen and tyrant Alauddin Khilji.

However, it seems there is more than meets the eye in the violence conducted by the outfit as their extortion plans have got exposed in a sting operation conducted by India Today.

A reporter from the channel met Sukhdev Singh Gogamedi, the president of the Shree Rashtriya Rajput Karni Sena, at his Jaipur home in June and said he was a producer wanting to make a film on a fictitious love story between Mughal emperor Aurangzeb and a Rajput general’s wife.

Gogamedi seemed least offended about the subject and told him, "You can talk to Umed Singh. He will speak to me on the phone from there. He's our organisational convener. You talk to him or ask him to speak to me. Just note down his number."

The reporter later met Umed Singh in Mumbai and Gogamedi's right-hand man promised staged attacks on the sets of the reporter’s ‘film’ for publicity.

"Some people from outside will barge in. They'll create some trouble. The sets will not be burned down. Two to four people will be beaten up. Vandalism will be recorded," Singh told the reporter.

When asked by the journalist if the vandalism incident will then be posted on WhatsApp for publicity, Singh said, "That will be done throughout India and across the world."

After the attacks, comes the question of protection and Singh then said, "If you want 50 people for a month to protect (the sets), they (filmmakers) will then have to pay Rs 1.5 crore."

With Singh believing the reporter was actually making a film, he added, “Fifty people will remain there for you all the time.”

About the upcoming Deepika Padukone-Ranveer Singh-Shahid Kapoor starrer, he said, "Padmavati's release doesn't stop. But vandalism cannot be ruled out.” He added, "It's safe in Mumbai. But it was burned down in Kolhapur."

This could possibly be why the attacks on the film have continued even after makers reiterating that there is no lovemaking scene between Padmavati and Khilji.