A video of Raveena and Prabhas' dance went viral on social media. 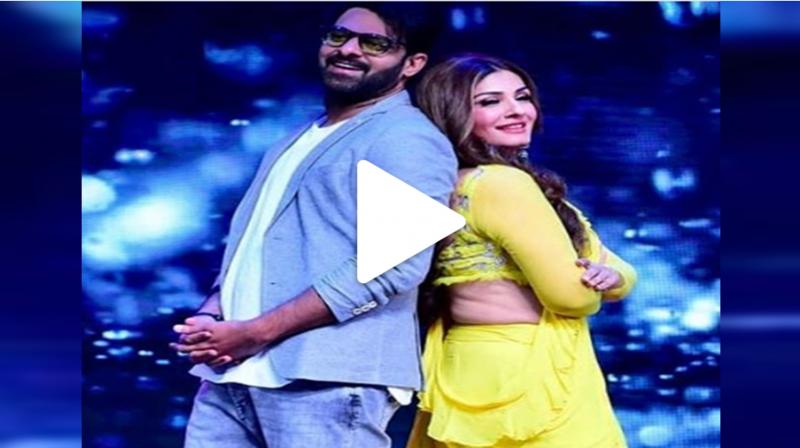 Mumbai: Prabhas and Shraddha Kapoor have recently appeared on a Dance reality show, 'Nach Baliye 9' to promote their upcoming film, Saaho. The duo had a lot of fun on the show as they created many moments with the judges.

Amidst all, a moment which caught everyone's attention was judge Raveena Tandon's dance on iconic 'Tip Tip Barsa Paani' with the 'Baahubali' actor Prabhas. A video of Raveena and Prabhas' dance went viral on social media.

In the video, one can see, Raveena is setting the stage on fire with the Tollywood actor. Notably, the 'Mast Mast' girl was wearing the same yellow saree which became iconic after 'Tip Tip Barsa Paani's song release.

Meanwhile, Prabhas and Shraddha Kapoor starrer 'Saaho' has been directed by Sujeeth and it's all set to hit the theatres on August 29.