Madhuri Dixit and Saroj Khan team up after 18 Years

Madhuri Dixit and Saroj Khan had teamed for such popular numbers such as Ek do teen in Tezaab and Choli ke peeche kya hai in Khalnaayak. 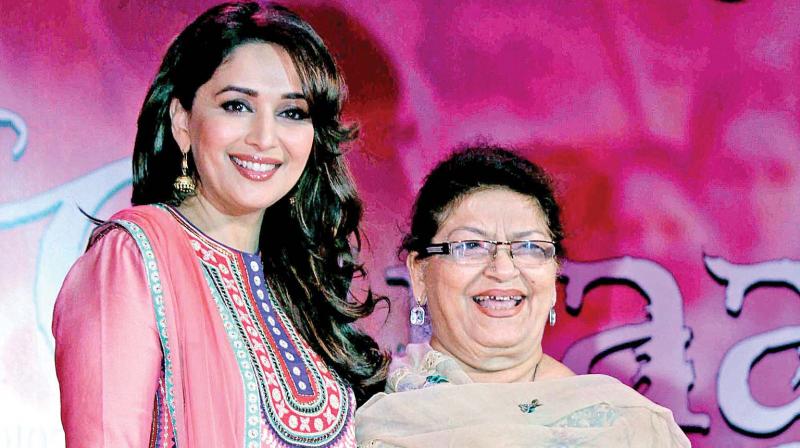 If Madhuri Dixit has agreed to dance to Saroj Khan’s tunes after 18 years – Their last collaboration was Sanjay Leela Bhansali’s Devdas-- it is only f Karan Johar.  The enterprising movie Moghul sat the two ladies down and made them iron out their differences. Nobody knows what exactly that triggered off this prolonged cold war between the danseuse-actress and the legendary choreographer. After their last collaboration in Maar Daala from Devdas, some uncharitable remarks of the temperamental choreographer put Madhuri off until Karan Johar decided to sort out their differences.  Interestingly, while Khan has been brought in to choreograph Madhuri in a Mujra song for Kalank, it is Remo D’souza who has been given charge to supervise the number.   “Basically Karan Johar wants to make sure that there is no friction on the sets. With Sarojji around, anything can happen,” says a member of the Kalank team. Madhuri Dixit and Saroj Khan had teamed for such popular numbers such as Ek do teen in Tezaab and Choli ke peeche kya hai in Khalnaayak.