Farhan and Shibani can be seen giving a cosy pose in the pool picture. 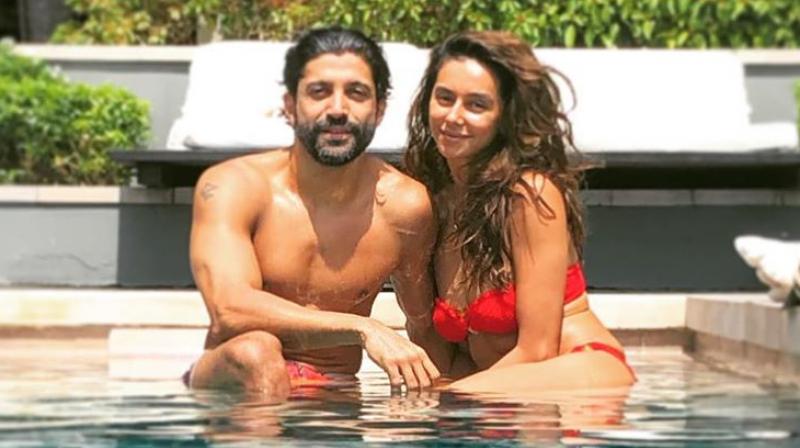 Mumbai: Bollywood couple Farhan Akhtar and Shibani Dandekar have always been grabbing everyone's eyeballs with their romantic pictures. And this time too, they have done the same!

Recently, Farhan shared a hot pool picture with his love Shibani on Instagram. The 'Wazir' star captioned, "At, by and on your side. @shibanidandekar ❤️"

Meanwhile, On the work front, The 'Bhaag Milkha Bhaag' actor will next be seen in The Sky Is Pink opposite Priyanka Chopra and Zaira Wasim.

Farhan will also be seen in Rakeysh Omprakash Mehra's Toofan. The actor will be seen playing the role of a boxer for which he's training hard to get into the skin of the character.