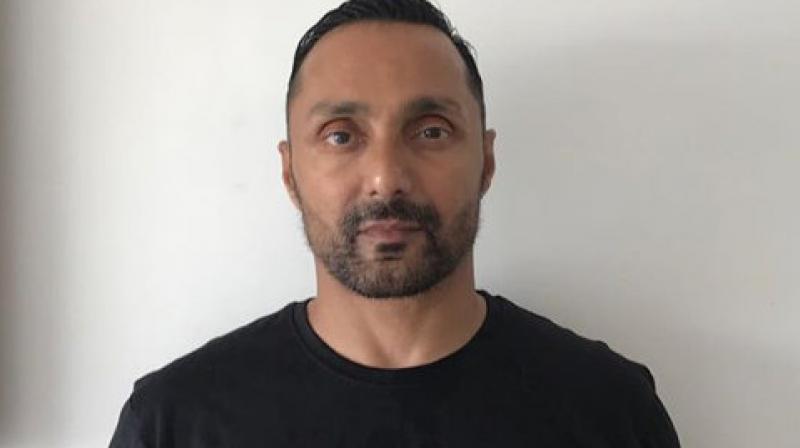 It started off as an ode to the interiors of a plush hotel suite in Chandigarh, but took a shocking turn after the maker of the video — Bollywood actor Rahul Bose — decided to reveal an alarming fact about a pair of bananas, that set him back by Rs 442. Overcome by disgust and disbelief at having been fleeced in such a fashion, the actor immediately took to Twitter to share his very own tell-all video (which we must say created more ripples than most tell-all books.)

The video sheds light on crucial details, like why were the bananas ordered in the first place (because the actor was working out and probably realised he needed more potassium) and also provided proof of the transgression, by zooming in on the persona non grata (or must we say, invoice non grata). To amplify his pain and plight, Rahul threw in a few hashtags for good measure, like #goingbananas #howtogetfitandgobroke and #potassiumforkings. 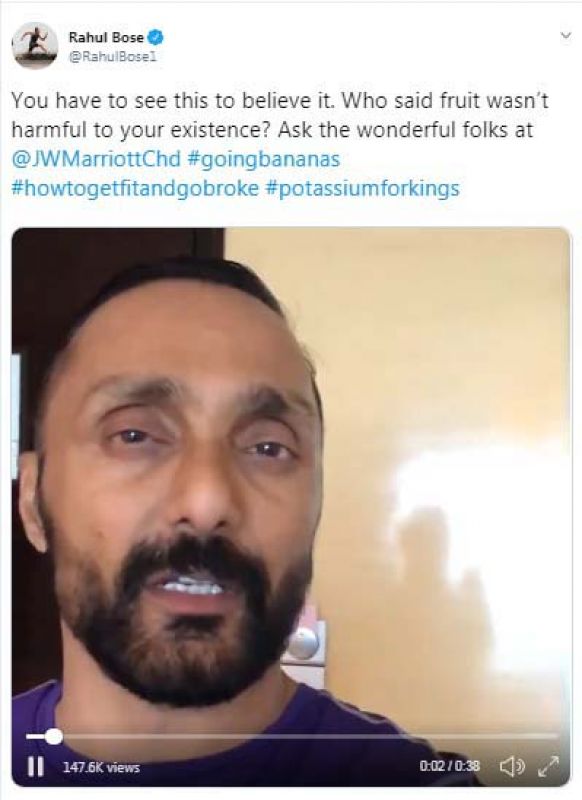 Obviously, the video became more talked about on social media than the Chandrayaan-2 launch. However, some Twitterati quickly became bitterati, and found various faults with the actor and his video. “In fact, after gym, you should have walked to buffet breakfast and get your fruit platter for free (assuming you have breakfast included in your room). But if you lazily ask them to bring the fruit in your room, they will charge you full,” explained a no-nonsense user, while another wrote, “Rahul ji, if you can’t afford five stars, don’t stay in them.” Others chided the actor for his lack of attention to detail; “Bill clearly mentions Fruit Platter; they charged you for that. You asked for fruits (bananas) but they didn’t have material code for bananas to invoice hence invoiced in the name of Fruit Platter, which costs like this only. Why make a hue and cry out of this?” asked an irate user. But even among the thorns, there is a rose or two. “Why people are suggesting him ‘you should have this you should have that’. Instead, question that hotel that how can 2 bananas cost `442 when in KG or dozen, it doesn’t cross `70 or `80 or max `100,” said a user in the actor’s defence.

But, the video also had a cathartic effect on individuals, as it emboldened them to come clean about their own run-ins with over-priced goods.

And sly Twitter, with its prying ‘What’s happening’ question, played therapist as several users unloaded their ‘Rahul Bose moment’ via tweets. A user said, “I have these #RahulBose moments whenever I go shopping for dresses for my kids. Sonny has an INR 800 shirt. Daughter has jeggings worth INR 1100. Lil more and I can buy myself clothes that can work for two years” Another user wrote, “A colleague's Rahul Bose moment when he had to pay Rs 180 to the cobbler for getting his shoes polished.  He regretted not dusting them at home.”

The brunt of living in a capitalistic world seems to be a problem faced by many. 24-year-old travel enthusiast Abanti Chattopadhyay, nominates the culprit she thinks is the biggest guzzler of funds; “The Mini fridge in hotels is such a scam. On the price scale, it may not seem much, but I was charged nearly five times of the MRP for a basic packet of chips. I selected chips because it would be cheap and I was famished. And, I ended up paying 50 rupees for a 10 rupee packet of Lays,” she bellows.

Harman Chawla, 34, who also likes to travel, talks about his experience in a hotel in Lavasa. “Towels are supposed to be provided as part of the hotel room. But when we went swimming and decided to use the towels, we were informed that we’d be charged for them. We argued with the staff and got them to take off the charge, but I’m sure there will be many who’ll end up paying for towels just because they don’t want to create a scene,” he says. He also recalls chancing upon a bowl of fruits in a hotel room and being informed that they weren’t free. “Then why keep those fruits there in the first place, is my question,” says Harman.

Well, in a world where money can’t buy happiness, but can buy a lot of things that bring you happiness, one will surely come across a #RahulBose moment. In such moments, you could either choose to voluntarily dig a hole in your pocket, or you could simply look the offender in the eye as ask, “Have you gone bananas, man.” Which is it going to be?