Love Sonia is directed by Tabrez Noorani and produced by Academy Award nominee, David Womark of Life of Pi fame. 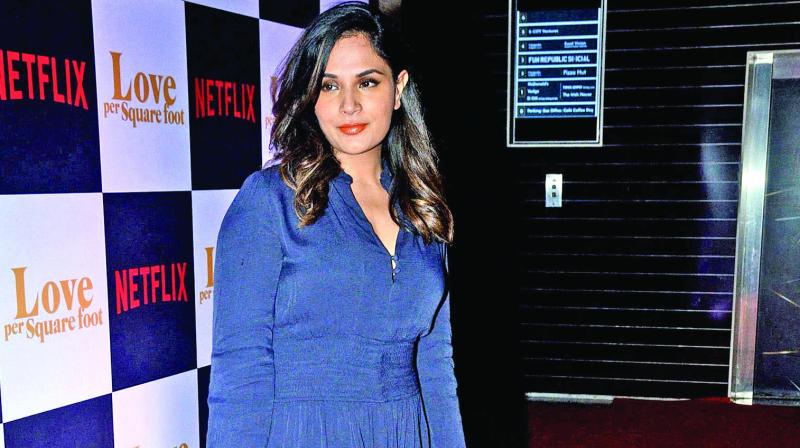 Richa Chadha, who was last seen as the dynamic Paro in Sudhir Mishra’s political drama, Daas Dev, is gearing up for her upcoming film, Love Sonia, in which she is playing the role of a brothel owner. The film, and Indo-American venture, also stars Frieda Pinto, Anupam Kher, Manoj Bajpayee, Mrunal Thakur, Rajkumar Rao and Sai Tamhankar in pivotal roles.

For her character, Richa had to delve deep into the underbelly of prostitution and the sex trade. As her character is a part of the prostitution racket, the Fukrey actress had to understand the inner workings of this  taboo profession. Richa’s research on the subject has been thorough in order to justify her role on screen. The actress read various first hand experience books like God in a Brothel, The White Umbrella and Girls Like Us which talk about sex trafficking survivor’s journeys and the experiences that have scarred them forever. She spoke to a few sex workers from Mumbai’s red light district with the help of an NGO and even spoke to some documentary filmmakers who have covered stories on the same.

Richa says, “I was very intrigued by the subject Love Sonia deals with. To essay the role in Love Sonia, it took me a couple of weeks to actually understand not the nuances but the gravity of the topic.”

“Of course we all know how horrible human trafficking is and how grave a crisis it is today. But when you get a chance to know so much about a topic so closely I took that chance and spent a lot of time to research. I met NGO workers and even met with girls who have been rescued and their stories were extremely horrifying and yet inspiring to know that there is hope. Their stories really helped me to understand and to use that information for the role on screen,” she added.

Love Sonia is directed by Tabrez Noorani and produced by Academy Award nominee, David Womark of Life of Pi fame.