The up and coming star gets candid about his loyalty to Punjabi cinema, his foray into comedy, and Akshay Kumar. 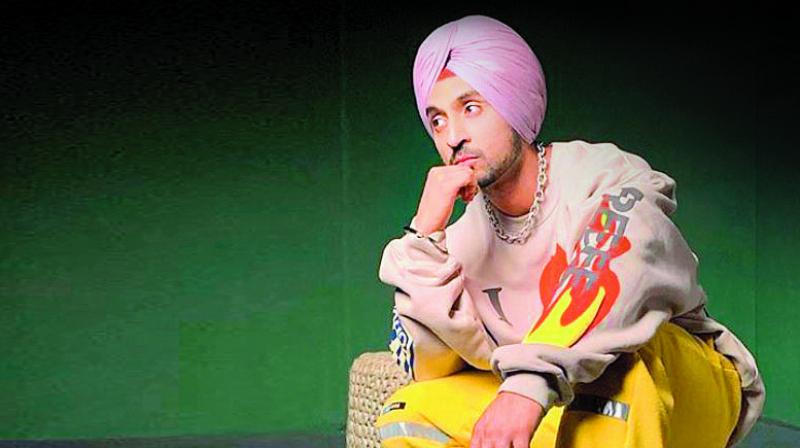 Diljit Dosanjh is a man of principles, for he cannot pick acting roles that require him to give up his turban. And the actor is well aware of the fact, that the roles that come his way will be specific because of his decision, but nevertheless, he hopes for his career to continue growing.

“I can’t pick anything or any role which is without a turban, and I am clear about that. I have refused four to five films. I am happy that they are accepting me with the turban,” he says. “I may not have too many options, and even in Punjabi cinema we didn’t have too many people who did films with a turban, but later on people started making films with actors wearing turban. Now even in the Hindi cinema, they are doing it. In Good News they didn’t want anyone with a turban, but they took me because they like my work,” he further adds.

Diljit, who is more commonly seen in serious roles in Bollywood, will next be seen in an out and out comedy film titled Arjun Patiala. While the actor finds comedy a difficult genre, he is happy to take up comedy film provided they are not sex comedies, a genre he was offered recently.

“I have also been offered sex comedies in Bollywood and I have turned them down. I have always been for the family audience and I don’t want to disappoint them,” he says, adding that he hasn’t got many offers to do comedy films in Bollywood. “I don’t get too many offers for comedy films, I get more serious dramas and I don’t know why. Having said that, I have a good sense of humour; perhaps it has worked in Punjabi cinema. Your sensibilities change with each territory,” adds the actor.

Despite being a huge star and having earned a decent name for himself in the Bollywood, the actor has no plans to leave Punjabi cinema. “I do Punjabi films, and at the same time if I get offers from Hindi cinema then I try to balance. I make sure I do one Punjabi film every year. I will never leave Punjabi cinema and I try my best to do so,” he says, adding that Punjabi audiences are starkly different.

“I feel the Punjabi audience stays with you, but here in Bollywood, since it’s a huge territory, they have a huge audience and so they switch. In Punjab, they give you a lot of chances regardless of how many mistakes you make. I have that loyalty factor with them. They support me but that doesn’t mean they will support crap cinema,” he says.

Diljit, who is an outsider in Bollywood with no industry connections, has no regrets about not having anyone to guide him. “I have to pick roles from what is offered to me. I don’t have any godfather or anyone to guide me and tell me this will work or this will not work. But I have no regrets; everybody learns from their mistakes and that is how it is,” the multi-talented star says, adding that he doesn’t really socialise in the industry either. “People also say you have to socialise, but I never attend any parties or socialise. I have never tried all these things. Socialising is not bad but it is not my nature,” he explains.

The actor, who is still learning the ropes in Hindi cinema, says initially it was difficult to turn down offers from big production houses. “I have made a few mistakes thinking ‘These people are big, how can I say no to them? They will feel bad. If they get offended then how will I get more work?’. But I saw that if you work hard and stay focused, you will grow. You can’t pick anything just for the sake of being friends,” he says.

Apart from Arjun Patiala, Diljit will also be seen in Good News with Akshay Kumar and Kareena Kapoor Khan. The actor, who is a huge Kareena fan, is also a huge fan of Akshay Kumar, and believes that the youth should get inspired from him.

“Akshay is awesome. I wish I had met him five years ago, I would have probably had a more memorable journey. He utilises his time perfectly and it is very inspiring. If a youth wants to learn something from anyone, then they should learn from him. The ways he leads a disciplined life will only inspire everyone.”