Arjun isn’t only for his fans, he is also a family man and that has come out even stronger in the recent times. 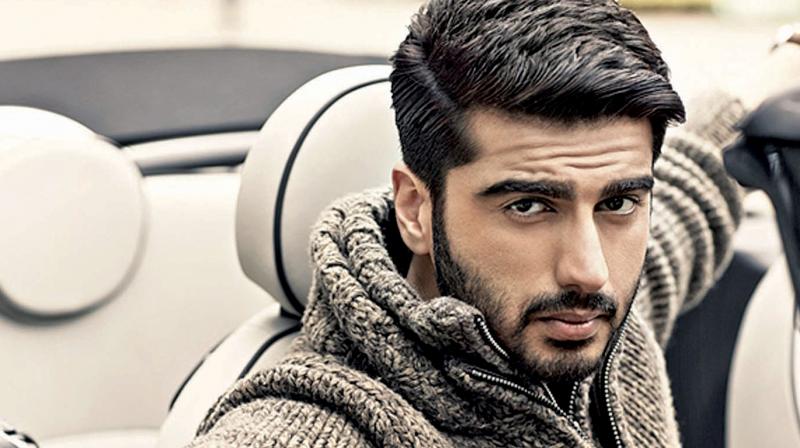 Arjun Kapoor is undoubtedly a hit among his fans. They are mostly never disappointed because of his ‘never say never’ attitude. But Arjun isn’t only a person for his fans, he is also a family man and that has come out even stronger in the recent times.

After Sridevi’s sudden demise early this year, Arjun has been a constant strength and support for his father Boney Kapoor, step-sisters Janhvi and Khushi Kapoor and the rest of the Kapoor family. Arjun grew up with his baby sister Anshula, who share such a strong bond that they can be called each other’s shoulders.

Here are all the roles this actor has played in his real life, especially in the recent times:

We all grown up saying,” My daddy Strongest.” 🙁 but its very rare we see him getting emotional...and that moment we feel like grown up, we start to realise that... dad also needs support.he also expects That my son is the Strongest❤️ @arjunk26 #pillarofstrength #supportsystem pic.twitter.com/7WYPf4ozYC

Always standing by his father, producer Boney Kapoor, despite being upset with him for the longest time, Arjun Kapoor has proven to be a great son. Every time his father breaks down remembering his step-mother Sridevi, Arjun Kapoor is there to take care of the man.

Apart from being a great guide, friend and mostly brother to Anshula, Arjun has even extended his support to Sridevi and Boney Kapoor’s daughter Janhvi Kapoor and Khushi Kapoor. Janhvi is making her Bollywood debut with ‘Dhadak’ and Arjun is always there to send across good words for the film, and cuss words for those who trying to put his sister down.

Thank u for making me part of this amazing journey...we will make and be the difference...@GirlRisingIndia https://t.co/1T97tBhzBn

Having learnt from his own experiences and probably mistakes too, Arjun Kapoor shares his experience with people who believe him since they can see the results. He has recently turned mentor for his sister Janhvi Kapoor, who indeed calls the actor her source of strength.

Who doesn’t know about how great a friend Arjun Kapoor is? From being amazing towards his baba Ranveer Singh to pulling Parineeti Chopra’s leg, Arjun is the most wanted munda among his contemporaries.

The series continues.. Life is always better in black & white... Wrapped another wonderful journey with #VipulShah sir & @ParineetiChopra. @NamasteEngFilm is complete & we'll be bringing it to u guys this Dussehra!!! (1/3) pic.twitter.com/mXHus9xrd5

Arjun has a fair career in Bollywood. He has given more flops than hits, but he tries. Especially now, the actor has a line-up of films like ‘Namastey England’, Dibakar Banerjee’s ‘Sandeep Aur Pinky Faraar’, Ashutosh Gowariker’s ‘Panipat’ and Rajkumar Gupta’s next 'India's Most Wanted'. And his father is Boney Kapoor! What more do you need?