The plan, earlier, was to produce a television serial based on Ramdev, with the talented Death in the Gunj star Vikrant Massey in the lead. 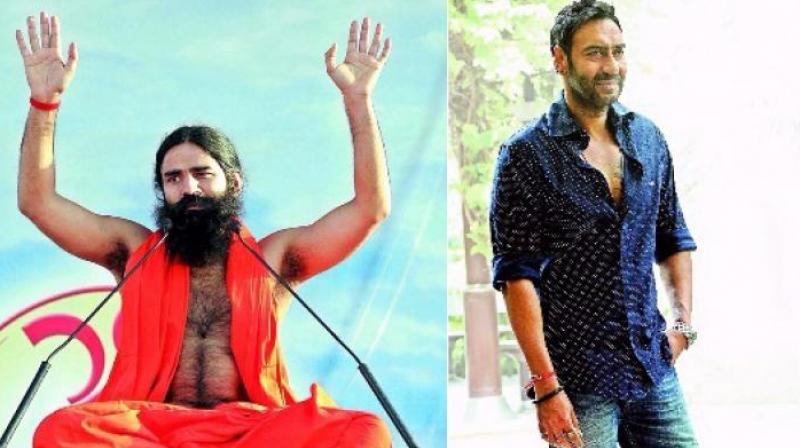 If reliable sources are to be believed, Ajay Devgn, who was last seen in the underwhelming self-directed home production, Shivaay, may soon don saffron. Ajay could well play the role of one of the ‘coolest’ yoga teachers Ramdev (aka Baba Ramdev).

Known to be colourful, quirky, and quite the scene-stealer in public spaces, Ramdev has a huge success story to prop up his image. Devgn too seems to be keen to explore this image of his.

The plan, earlier, was to produce a television serial based on Ramdev, with the talented Death in the Gunj star Vikrant Massey in the lead. But after Vikrant snubbed his nose at the thought of going back to television, Devgn, who was to produce the story, has taken it back to the board.

Now, in all likelihood, he will produce a big screen biopic of Ramdev, casting himself in the lead role. Says a source, “Talks of doing a biopic gained credence only after Ajay decided to step into the role. With his purported epic on the Battle of Sargarhi showing no signs of progress yet, it’s full throttle ahead with the Ramdev biopic for him.”