After his debut film, Tiger was praised for his dance skills and one assumed that he was naturally gifted. 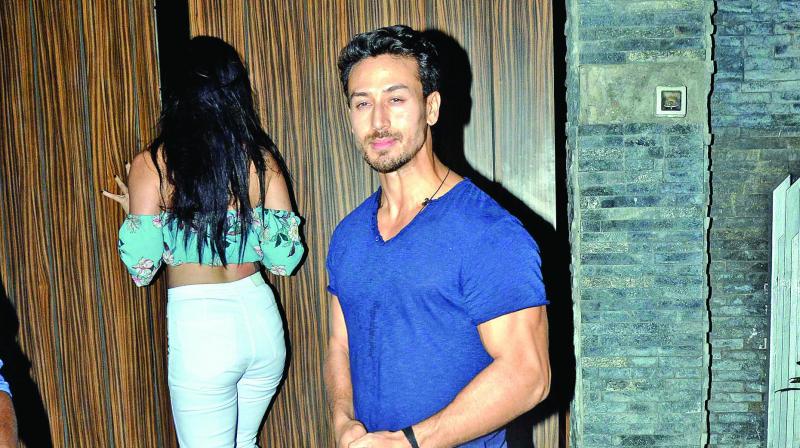 The actor, who took the industry by storm with his epic dance skills, was inspired by two of the most talented dancers we’ve seen. Apart from Hrithik Roshan, his co-star in the Hrithik Vs Tiger project, Michael Jackson has been the most influential person in his career and the actor would like to emulate him by doing a biopic on his life.

“It was at the time I was working in Heropanti that I realised how strongly I was influenced by Michael Jackson and Hrithik Roshan. I have been a huge fan of their dancing. I started learning to dance after signing Heropanti. I think MJ is hugely responsible for where I stand today in my life and career,” says the actor.

After his debut film, Tiger was praised for his dance skills and one assumed that he was naturally gifted. But according to the actor, he had to work hard to reach here. He says, “Not many are aware that my body used to be rather stiff earlier. But I worked a lot on my flexibility and athleticism to reach where I am. I would be practicing all day, at times. To be honest, I have been dancing only for six years now. People are surprised because they think I must have been doing it since childhood.”

Tiger, who has been seen in action and dance-based romance films, wants to work on a biopic of his idol. “This is an era where biopics are being made. I would want to do a biopic on his (MJ’s) life. He is my inspiration and I would be honoured to be cast in a film on his life,” says the actor.

Despite his easy-going persona in films, the actor, in real life, is visibly reserved. But Tiger says that he had to work hard to get rid of his inhibitions which initially deterred him. “My only weakness was that I was quite shy at times and I needed to change that. I am still a bit shy, but I am a lot better,” chuckles the actor.