Entertainment   Bollywood  26 May 2019  Sonam Kapoor is a dress-up kind of a girl: Rhea Kapoor
Entertainment, Bollywood

Sonam Kapoor is a dress-up kind of a girl: Rhea Kapoor

The fashion stylist and producer Rhea Kapoor talks about fashion and her take on the kind of films she produces. 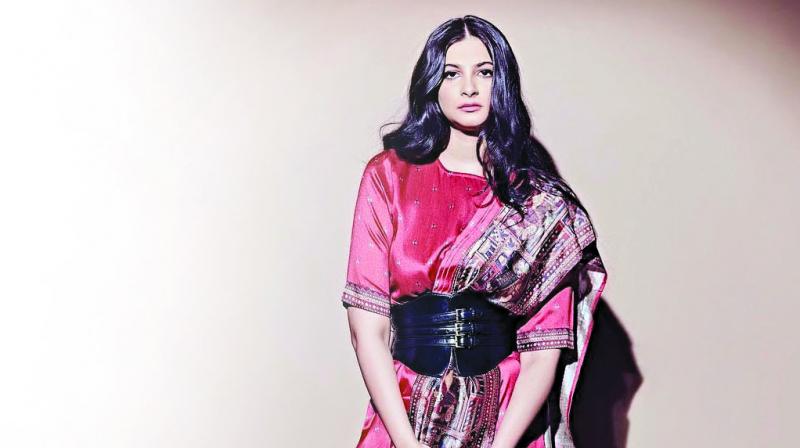 Whether it is styling or producing films, Rhea Kapoor is a force to be reckoned with. While her women-led movies Aisha, Khoobsurat and Veere Di Wedding, starring her actor-sister Sonam Kapoor Ahuja, have kicked the tenets of patriarchy, her sartorial knowledge has also broken the monotony in fashion. So much so, that she is the brain behind all the fashion statements that her sister Sonam has made, most recently in this year’s Cannes.

“My style philosophy is to put your personality into what you are wearing. When people try to blend in and fit in, following a trend, it doesn’t make them look good, but makes them disappear,” reveals Rhea, who has collaborated with Zoya, a diamond boutique from the House of Tata, for a video series Zoya Style Digest 2.0 that helps women select perfect jewellery to complement their looks.

For the 32-year-old stylist, along with the aesthetics, the idea and story behind the look play a major role in her process of styling. “The looks that I style are not based on the dresses available, even if it’s a small look. There’s a dream behind them and then everything must come together. It’s about who the girl is. And then everything is unique,” she explains.

As Sonam’s varied looks at the French film festival, (Cannes) left everyone in awe of her stylist Rhea, the latter reveals that her styling process with Sonam is to let her incorporate ideas from wherever she wants. “Sonam is a dress-up kind of a girl. She sees something and she wants to adapt it. It can be something around her, or from a history book as well,” she reveals.

Ask her about the other stars she finds fashion savvy, and pat comes the reply, “Bebo (Kareena Kapoor Khan) always looks good, and Rahul Khanna. I also like Kangana’s style.” Apparently, Rhea had styled Kareena in Veere Di Wedding, and she agrees that her approach is different when it comes to styling the Omkara actress. “While styling Bebo, it’s more about how it makes her feel. She’s a girl of her mood, dressing her is different,” says the stylist whose favourite designers are Rodarte, Ralph & Russo, and Valentino to name a few. Moreover, she gives some styling tips for the summers as she suggests, “Be comfortable, stay hydrated and wear some delicate jewellery. Have some staple jewellery and then build on.”

Apart from styling, Rhea confesses that she has many women narratives to bring to the silver screen. Having produced films that have female protagonists, Rhea concludes, “I actually want to tell as many stories that I can possibly tell, and I want to do it well. So maybe, I will take my time and do other kinds of stories when the time is right, or may be not. Let’s see.”