Konkona Sen Sharma talks about bringing up son Haroon, working with ex-husband Ranvir Shorey, and A Death in the Gunj. 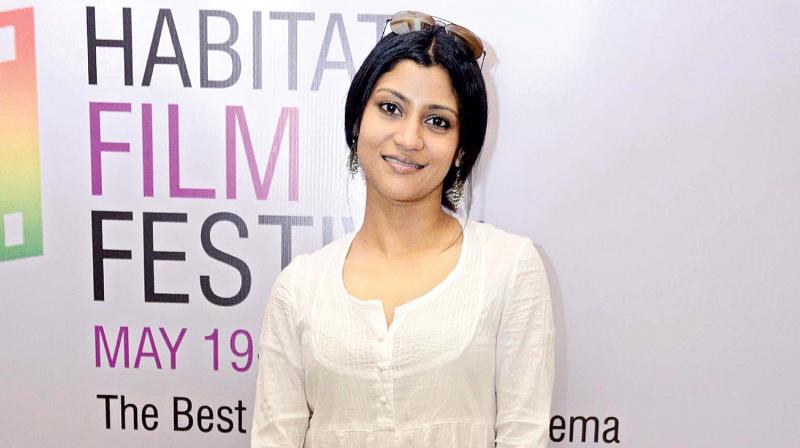 Actress Konkona Sen Sharma, known for her unconventional films, is making her directorial debut with A Death in the Gunj. It is the story of a family from Kolkata visiting their parents settled in McCluskiegunj. Featuring Ranvir Shorey, Vikrant Massey, Kalki Koechlin, Tillotama Shome, Gulshan Devaiah and the late Om Puri, the film unfolds over a span of seven days.

The actress chose to cast her estranged husband Ranvir in a pivotal role.

Question her on the emotional quotient of her decision, and she replies, “Even as I was writing the script, I had Ranvir in mind. I think he is one of the finest actors we have in the country. Initially, he was reluctant, but thank God, he agreed. He is a wonderful human being, and we are friends who are co-parents. He was very helpful and supportive at every step.”

Meanwhile, the talented actress rues at the lack of good scripts for her. “Yes, I did have occasional scripts Iike a Lipstick Under My Burkha or a Talwaar that nurtured the performer in me, but I do wish there were more options,” she laments.

“Of course, I am choosy because I want to do good cinema. Then again funding is a major issue. So, the situation is a mixed bag,” she adds. Daughter of the veteran filmmaker, Aparna Sen, Konkona knows the struggles of making a film.

“I think it can be difficult to get funding for a film, but I was lucky. Also, I was not irrational in thinking that some studio would come on board to fund my project. I know the ropes of this industry, and I also know how unpredictable it can be. It was a choice to try something new. And I am glad I did it.”

Reminiscing about her mother, she added “I have seen her directing all through my growing years. Even then, funding was always a problem. In that sense, I never wanted to direct a movie. But now that I have, I realise making a film is a different experience altogether.”

Based on a true story set in the 1970s during a family vacation, A Death in the Gunj is slated to release this June.