It shouldn't be like 'Swara Bhaskar said this on Saroj Khan' makes the headline," Sonam said at the launch. 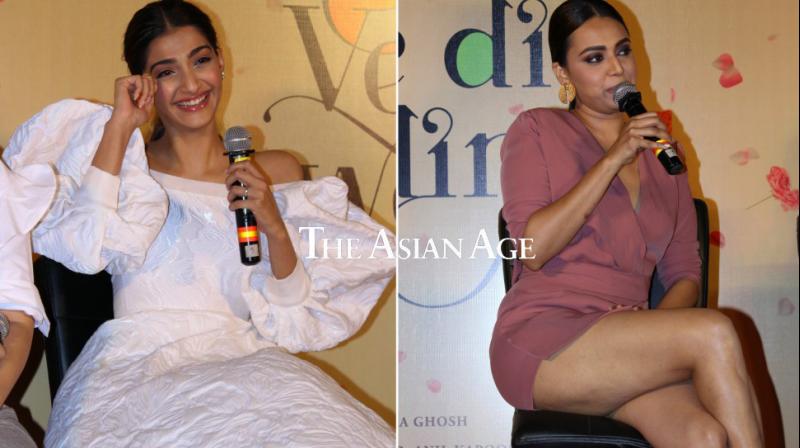 Sonam Kapoor and Swara Bhasker at the trailer launch.

Khan had defended the casting couch culture, saying the Indian film industry "at least" provided jobs and did not abandon women after raping them.

She had said that the casting couch was not a new phenomenon with "anyone and everyone", including people in the government, indulging in it.

The choreographer later apologised for her remarks.

Sonam and Swara were asked to comment on the same during the trailer launch of their upcoming film 'Veere Di Wedding' but the actors dodged the question saying they will only talk about their movie.

"This question is not related to 'Veere Di Wedding'. I don't think we should divert from the film. It is necessary that this film gets the relevant attention," Swara said.

"We will answer this on one on one basis. Right now the focus should be on the film. It shouldn't be like 'Swara Bhaskar said this on Saroj Khan' makes the headline," Sonam added.

The film is scheduled to be released on June 1.