On the visit to the set in Jaipur, we got more than just a look at the set. 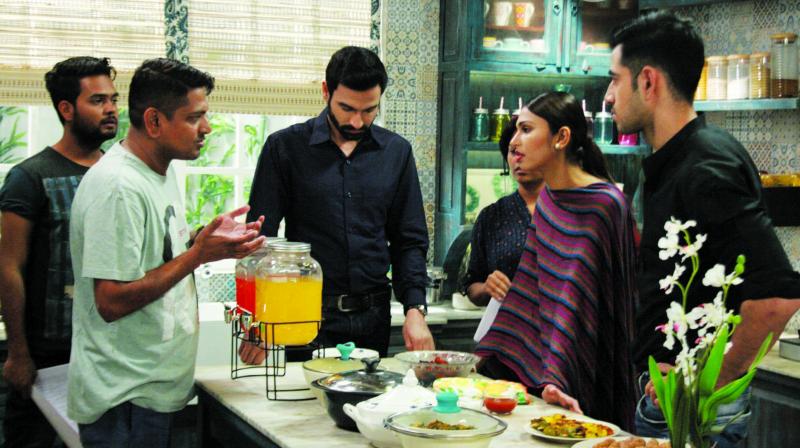 Although they make for quite a good looking pair, Shamata and Sameer share nothing more than a working relationship.

The Pink city serves as the perfect backdrop for the plush sets of the show Bin Kuch Kahe starring Shamata Anchan and Sameer Arora in the lead roles. The ambience of the set along with the décor gives the audience a fair idea that the Kohlis are a middle class family. On the visit to the set in Jaipur, we got more than just a look at the set. Here’s all the action from the location, behind the scenes. 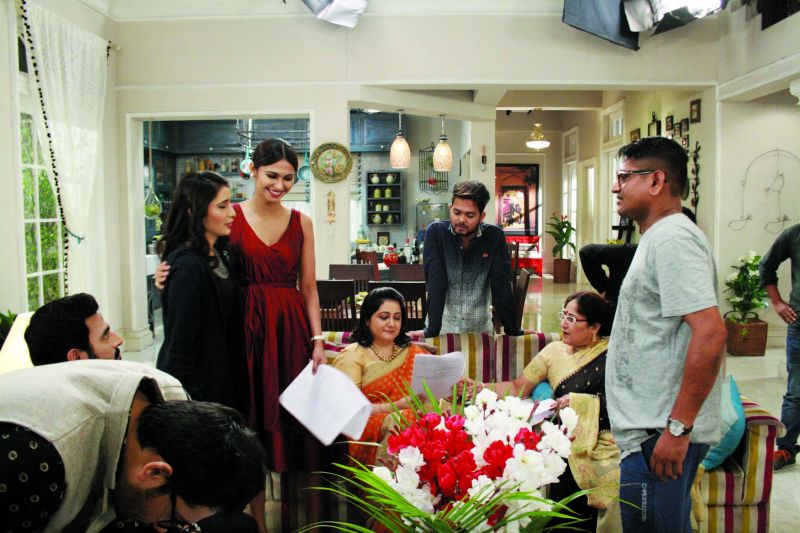 The candid minute in between shooting:
The beautiful smile on Shamata’s face indicates she is making the most of the rare candid moments stolen in between the shots with her co-star. Who wouldn’t need a break in the midst of such a tight schedule? 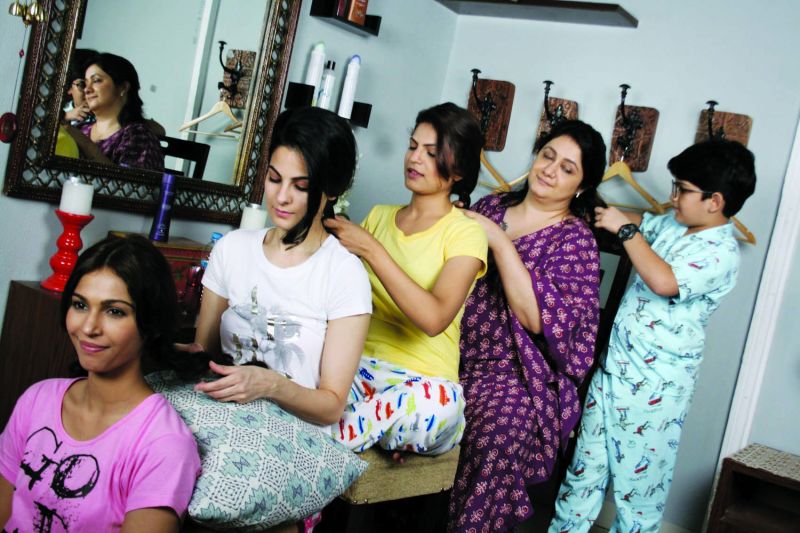 Braiding competition:
It looks as if the Kohli clan is up for some braid competition. It is a bit difficult to say who wins this though.

What’s cooking:
Although they make for quite a good looking pair, Shamata and Sameer share nothing more than a working relationship. In this shot, looks like Sameer is hoping Shamata finishes her conversation with the crew fast so he can take his pick from the yummy delicacies laid on the table. 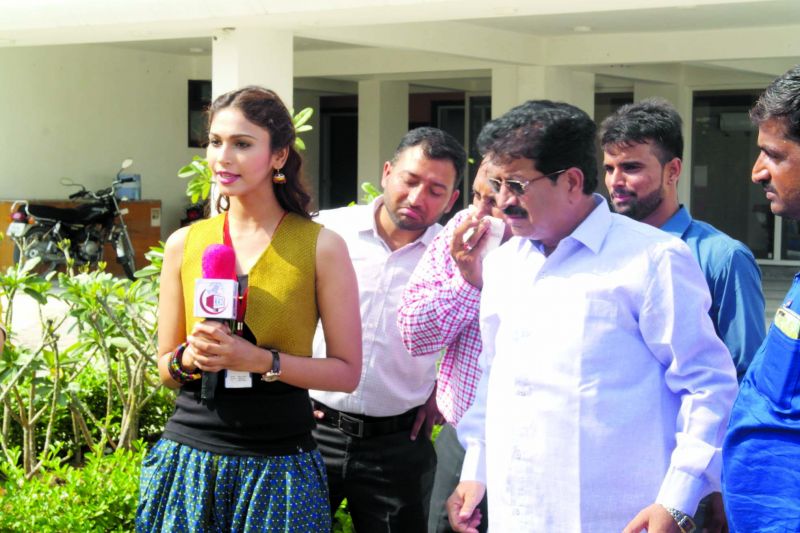 Main Bhi Journalist:
The actress is caught here in action on the field covering a story. In the course of her acting career, the actress must have been interviewed several times by journalists and now, the role reversal has turned the interviewee into the interviewer. 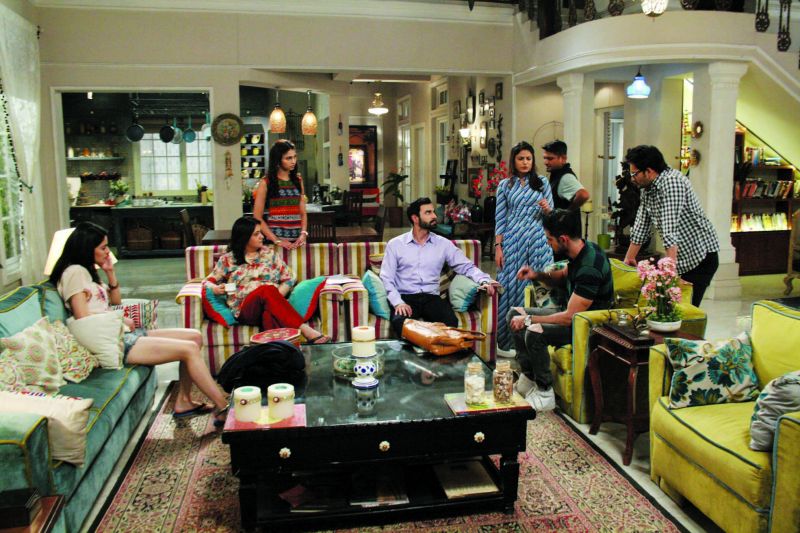 Gearing up for the Master shot:
The cast is getting ready to shoot the master sequence at the Kohli house. Leading man Sameer, along with other actors from the main cast, is seen engrossed in a rather animated discussion with the creative team about the scene. Once the actors get a hang of the flow, things fall in place and the master then has the desired results. 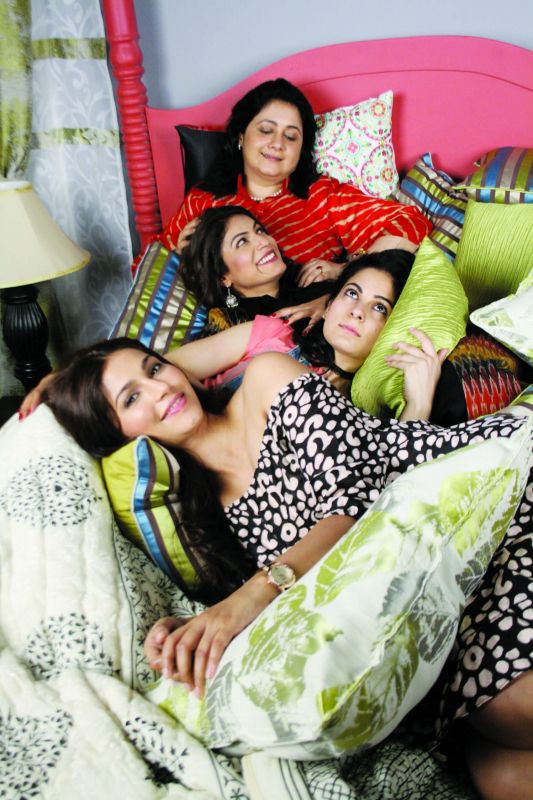 Lazy Lamhe:
After a tiring day at work, the actors are seen enjoying being lazy. Cosying up has it own charm and that bit is visible on the content faces of these actors.