Saina’s life is being made into a film by 'Taare Zameen Par' fame Amole Gupte with Shraddha in the lead. 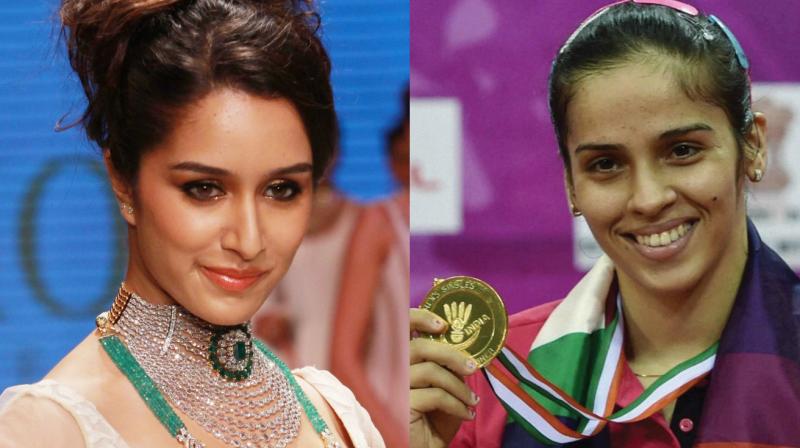 There is surely some sort of resemblance between Shraddha Kapoor and Saina Nehwal in their physical features.

Mumbai: After the tried-and-tested 'masala' films in Bollywood, filmmakers have suddenly jumped on the bandwagon of making biopics on people with interesting lives in the last few years.

While biopics on people like Paan Singh Tomar, Sarabjit Singh and many others have been made and ones on Sanjay Dutt, Bhushan Kumar among others are being made now, the biopics on sportspersons, however, have been the most talked-about at least in Bollywood.

Farhan Akhtar as Milkha Singh, Priyanka Chopra as Mary Kom and Sushant Singh Rajput as Mahendra Singh Dhoni or the one on the Phogat sisters were some of the successful biopics, while Emraan Hashmi's Mohammad Azharuddin act couldn’t work magic at the box office. With another biopic on legendary cricketer Sachin Tendulkar set to hit the screens on May 26, one more sportsperson’s journey is set to be translated on to the big screen.

Popular badminton player Saina Nehwal’s life is being made into a film and Shraddha Kapoor will be stepping into her shoes.

Amole Gupte, creative director of the critically acclaimed ‘Taare Zameen Par’ and director of films like ‘Stanley Ka Dabba’ and ‘Hawa Hawaai’ will be helming the project.

"Most girls have played badminton at some point in their lives in school. I feel so lucky to be playing Saina, who's not just been the world's No. 1 badminton player, but is also a youth icon. I can't wait to start prepping for my role," Shraddha confirmed the news to Times of India.

Saina also seemed extremely pleased with the choice of actress. She said, "Whoa! That's news to me. I was aware of the film, yes, but I didn't know about the casting. It's great if Shraddha plays me because she is a very talented actress and very hardworking. I am sure she will do justice to the role. The best part is, she is a good friend as well. So it will be easier to teach her some badminton skills (laughs!). A lot of people did tell me that we do look similar and I think that's a huge compliment, because Shraddha is very good looking."

The film will release next year.