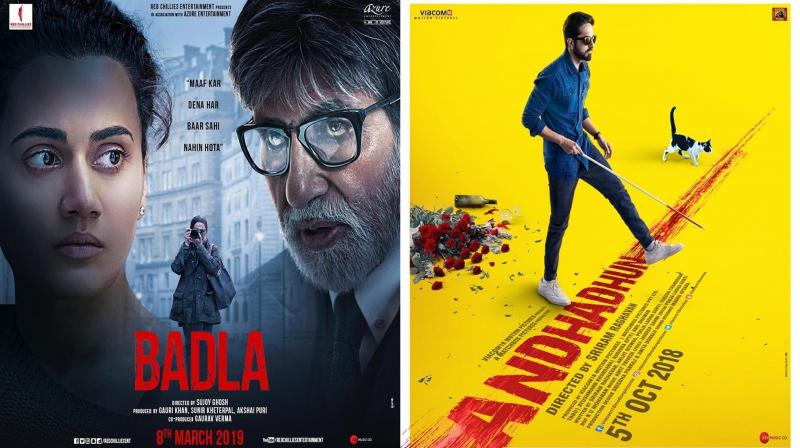 Mumbai: Amitabh Bachchan and Taapsee Pannu starrer crime thriller drama Badla is garnering love and appreciation across the world. After the path-breaking Andhadhun last year, now Badla emerges as the content film of the year.

The past year witnessed a massive embracing of content as a rooted film Andhadhun ruled over box office gaining momentum from word of mouth. Continuing the upliftment of content, this year Badla has showcased a path-breaking arc, emerging as a hit at the box office.

The crime thriller revolves around Taapsee Pannu's character Naina who is stuck in a murder scandal. Playing Badal Gupta, a lawyer to Naina, Amitabh Bachchan has recreated the magic of Pink.

Badla is presented by Red Chillies Entertainment in association with Azure Entertainment, Co-produced by Gaurav Verma and produced by Gauri Khan, Sunir Kheterpal and Akshai Puri, the crime thriller is directed by Sujoy Ghosh, starring Amitabh Bachchan and Taapsee Pannu in the lead roles is running successfully in theatres.