Rana Daggubati voices Thanos in the Telugu version of Avengers

The actor has lent his voice for the Telugu version of the film, which will hit theaters next month. 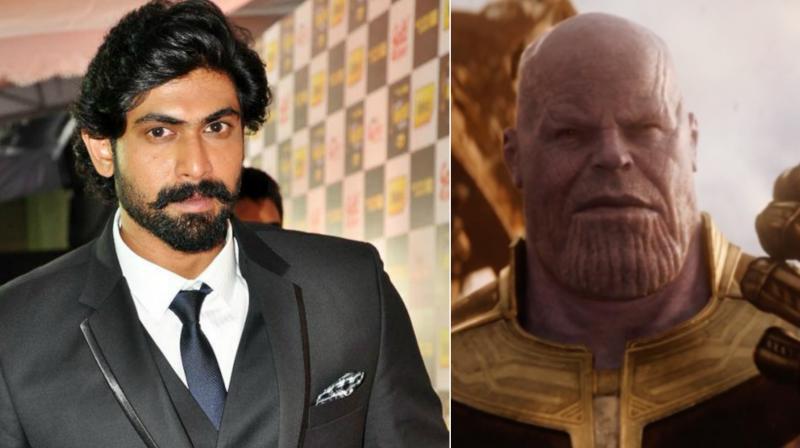 Mumbai: Actor Rana Daggubati raised the bar for villainous characters when he played the role of Bhallaladeva in director SS Rajamouli's Baahubali films. And now, in an exclusive chat, the actor reveals that he has dubbed for a character that's been touted as the most dangerous villain in Hollywood - Thanos - in Avengers: Infinity War.

The actor has lent his voice for the Telugu version of the film, which will hit theaters next month. Rana says it is not just the idea of working with a Hollywood film as big as this that excited him, it was also the fact that he is quite a big fan of the franchise.

"Characters such as Iron Man and Captain America have been my favourites. So, dubbing for Avengers: Infinity War is such a thrill. Lending my vice to Thanos, a villian so poweful that some of the biggest superhearoes have a tough time dealing with him is an exciting experience. "

Marvel Studios' "Avengers: Infinity War", which features an ensemble of superheroes, will release worldwide on April 27.

The film is releasing in India in English, Hindi, Tamil and Telugu.