Taapsee says that there is so much to learn from Bachchan while only observing his determination towards work. 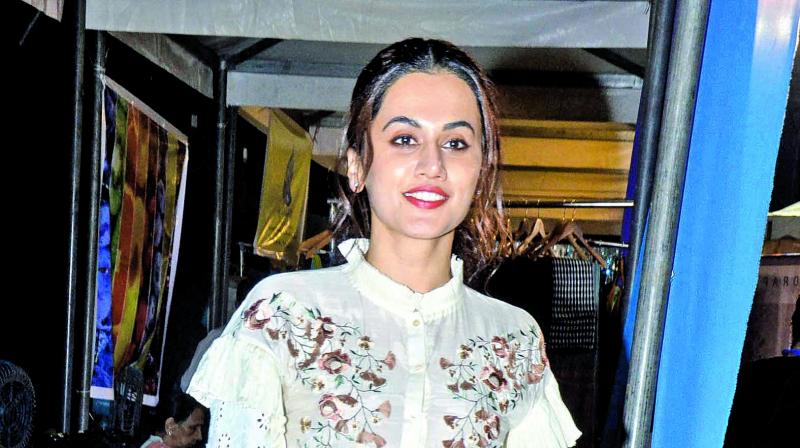 Actress Taapsee Pannu, who will soon hit the silver screen with Sujoy Ghosh’s thriller Badla, says that she has become the face of women empowerment without asking for it.

“I have become an unsaid flagbearer of women empowerment. It is 2019 and we are still talking about it. A lot of wrong definitions and a lot of things are misconstrued about women empowerment or feminism. I am only saying don’t give me special importance but give me equal importance. Don’t shun me because I am a woman. In my films, I don’t ask for it but I do get attracted to such roles. I am asked, won’t I get stereotyped? If I want to be cast as a woman with a spine, I don’t mind being stereotyped. I have a film Badla releasing on Women’s Day. Should we need one? We do because we are not in a state to celebrate it every day and until we reach that position, let us celebrate Women’s Day. I have a role at par with one of the biggest actors in the Indian film industry — Mr Amitabh Bachchan in Badla. If I am sharing equal space with him, it is one step to move towards equality,” she says on the sidelines of a book launch.

Taapsee says that there is so much to learn from Bachchan while only observing his determination towards work.

“He has not opened a school that he is going to teach everyone. But, what I like most about him is the fact that at this age, he sleeps for three hours and works for 21 hours. If I manage to do even half of what he does at that age, I will think I am successful,” she says.