Entertainment   Bollywood  26 Feb 2018  When Deepika Padukone intruded in Ranveer Singh’s life to make sure he was safe
Entertainment, Bollywood

Deepika and Ranveer might not have yet accepted in the public, but the two are serious about each other. 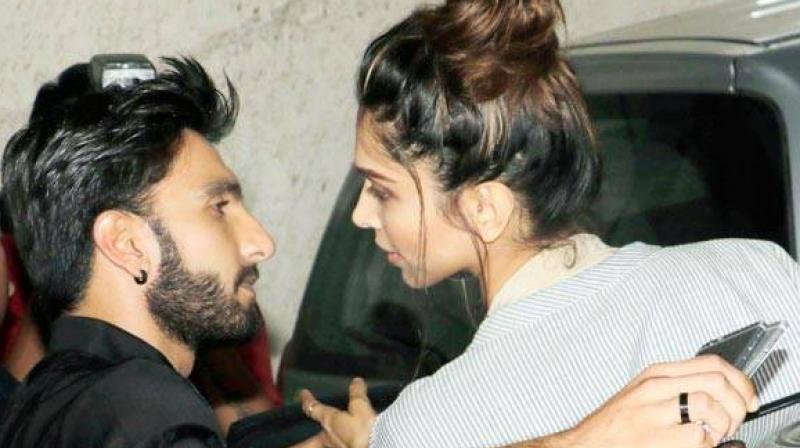 Ranveer Singh and Deepika Padukone snapped after an event.

Mumbai: Deepika Padukone and Ranveer Singh might not have yet accepted in the public, but the two are serious about each other and if reports are to be believed, then they might even take their relationship to the next step by taking the plunge by the end of this year.

Deepika seems to be a caring girlfriend, who took a major step to make sure her beloved Ranveer was safe at all times.

As per a report on Spotboye, the actress fired Ranveer Singh’s driver for causing an accident.

It claims that when Ranveer was returning from a football match, his driver too might have gotten the adrenaline rush as he slammed Ranveer’s car into a wall. As a result of that, another car that was right behind his car also crashed into Ranveer’s car.

Fortunately Ranveer was unhurt, but he made sure to give his driver an earful. And after he told his alleged ladylove about the whole incident, she got furious and not only gave the driver a good little screaming, but reportedly also terminated his services at that moment itself.

To make matters worse, it was the same driver who rampaged the car a few days back when Ranveer and Deepika were travelling in his car.