Papon recently stated that he has quit the reality show he was hosting, where he ended up kissing the minor. 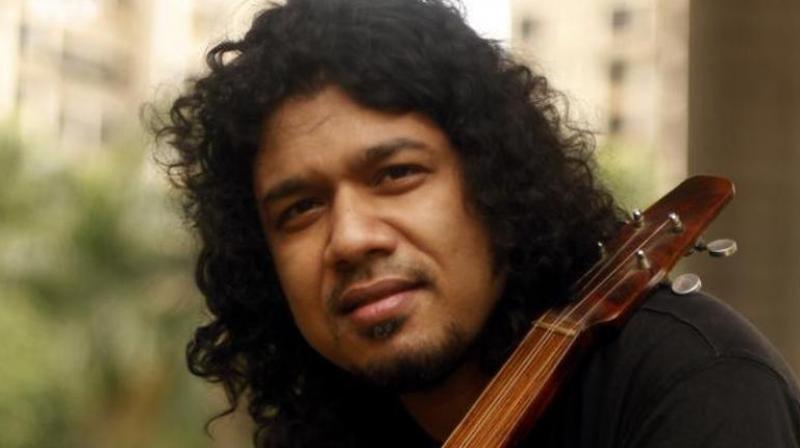 Singer Papon in a photoshoot.

Mumbai/Guwahati: Papon recently stated that he has quit the reality show he was hosting, where he ended up kissing the minor, but the channel has released a statement which states that he has been terminated, even if it means till the time the whole issue is resolved.

&TV on Saturday in a statement categorically said that Bollywood singer Angarag Papon Mahanta will not be shooting any further episodes till the issue is resolved.

Papon, earlier in the day decided to step down as a judge of the reality show 'Voice of India Kids 2018', after being criticized for allegedly kissing a minor girl.

In a statement, &TV said "In light of the ongoing enquiry, and in the best interest of the participants' well-being, Angarag Mahanta (Papon) will be stepping back as the coach on the show 'The Voice India Kids' on &TV. He will not be shooting any further episodes till the issue is resolved".

The statement further added: "As broadcasters, it's our responsibility to act in an unbiased and just manner. We're committed to doing so. In the interim, we would humbly request everyone to please show understanding and concern towards all parties involved and allow for the due process to be completed."

Meanwhile, the Assam Police has registered a case against Papon in connection with the same case.

The National Commission for Protection of Child Rights (NCPCR) had also issued a notice to both singer Papon and the TV channel.

Supreme Court lawyer Runa Bhuyan on Friday filed a complaint against Papon, under the Protection of Children from Sexual Offences (POCSO) Act for allegedly "inappropriately kissing a minor girl".

The incident took place during the shoot of a Holi celebration on the sets of a Hindi singing reality show where the girl is among the contestants.

The mother of Bollywood singer Angarag Papon Mahanta on Sunday said that his son will come out clean from all allegations in the sexual assault case.

Talking to ANI, Papon's mother Archayana Mahonto said, "This is very sad. He (Papon) cannot do such things. We are very upset now. He will come out clean. Truth always remains the truth. Maybe this has been done to defame his image. We have not even thought that something like this will happen."

Former CBFC chief Pahlaj Nihalani opened up about his take on the case against singer Papon for allegedly kissing a minor girl.

The producer-director told ANI, "Since the video is edited and we are not fully aware of what happened before or after the scene, I will refrain from making any unnecessary comments. However, I feel it is the organisers' responsibility to ensure their participants' safety in such cases."

"I feel such celebrities, who can make children feel uncomfortable or anxious in any manner, should not be invited to such shows at all", Nihalani added.

He further said, "In this specific incidence, parents must be aware of what happened and the kid in question is also accomplished to comment if the intentions were pure or not."

He added that proper inquiry should be done and looked from all the perspectives - including of the people present at the scene.