Entertainment   Bollywood  26 Feb 2018  These 15 unknown facts about Sridevi will shock you
Entertainment, Bollywood

These 15 unknown facts about Sridevi will shock you

In half a century in Bollywood, Sridevi worked in 300 films, which all the three Khans combined also couldn't. 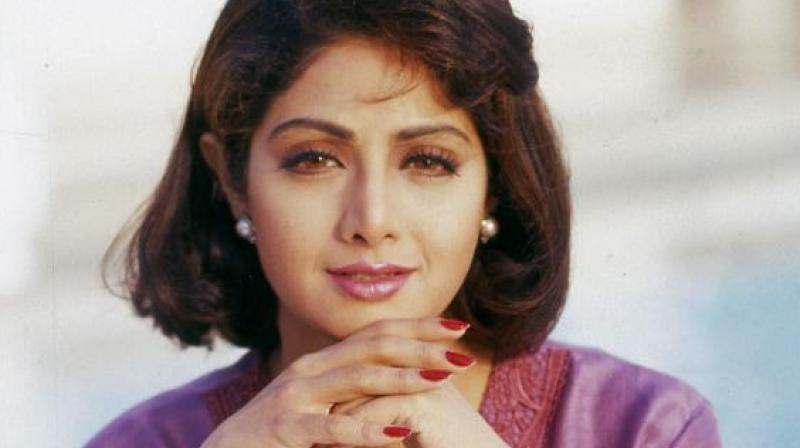 Sridevi in a photoshoot.

Mumbai: Sridevi had achieved a feat no other actress did. Having completed half a century in Bollywood, Sridevi worked in 300 films, something which all the three Khans combined also couldn't.

Even though she hadn’t worked in any Hollywood movie, her base in India itself was too strong and she was an idol for many. But alas, the idol had a date, and hers was on Sunday morning, which is when she was declared dead.

Even though it looks like everybody knows about the actress, there are certain facts which you probably would have missed out on. Here they are:

1. Her real name wasn’t Sridevi. She was born as Shree Amma Yanger Ayyappan, and she gained the title of the first female superstar.

2. Sridevi refused a film with Steven Speilberg. She was approached for a small role in Steven Speilberg’s ‘Jurrasic Park’, but the actress declined the role because she felt it didn’t suit her stature at that time.

4. Even though she was offered ‘Beta’ with Anil Kapoor, she refused the role citing that she had worked a lot with him already.

5. She named her daughters Janhvi and Khushi after the names of the heroines in her producer husband Boney Kapoor’s films, ‘Judaai’ and ‘Hamara Dil Aapke Pass Hai’.

6. Sridevi was the playback singer in ‘Sadma’, ‘Chandni’, ‘Garajna’ and ‘Kshana Kshanam’.

7. Sridevi actually spelled her name as Sreedevi, but let the spelling error continue.

9. She played Rajinikanth’s step mother onscreen when she was just 13 years old in the film Moondru Mudichu. This just proves her talent.

10. She made her debut in movies when she was the age of four, with a mythological film, ‘Thunaivan’, in which she played Lord Murugan.

11. Sridevi and Salman Khan bonded over painting. Even though she stopped, it was only after ‘Wanted’, where Salman encouraged her, which is why she got back to painting. In fact her painting even went international with her painting ‘Thoughts’ accepted by a reputed international art auction house.

12. She died a day before Divya Bharati’s birth anniversary, the actress who replaced her in ‘Laadla’. The day would have also marked 35 years of ‘Himmatwala’, a film starring her and Jeetendra.

13. Sridevi has also produced ‘Shakti: The Power’ which starred Shah Rukh Khan. The actress was also supposed to act in the film, but she couldn’t since she was second time pregnant (with Khushi).

14. Sridevi was supposed to do a film with Gauri Shinde (probably ‘English Vinglish 2’) and reportedly even a TV show.

15. The people of gay community were her fans too.